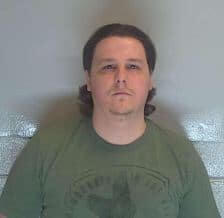 A child sex crime has led to a former deputy sheriff of Lowndes County to be indicted.

Michael Dulaney Jr., 30, has been charged for one count of child abuse and one charge of sexual battery.

The Attorney General’s office is taking the lead on the case, which stems back to an incident that occurred in July 2019.

The victim would have been four at the time of the incident, according to the AG’s office.

Dulaney resigned from the sheriff’s office after the incident was reported. His bond has been set at $50,000.