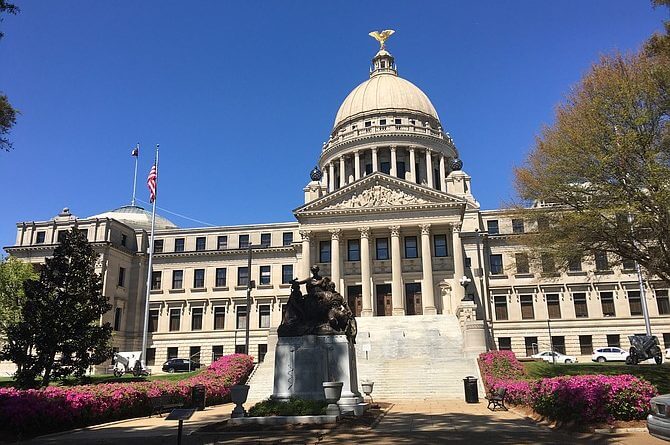 Originally written by Bobby Harrison and published on MississippiToday.org

Four freshmen members of the Mississippi House – retired public employees – are hoping they can draw their state pension while serving in the Mississippi Legislature under a new regulation adopted by the Public Employees Retirement System Board.

But House Speaker Philip Gunn, R-Clinton, said it would be “double dipping” for the four freshmen legislators to serve in the Legislature and receive their retirement pay.

“We earned this retirement, but he (Gunn) is not budging,” said Dale Goodin a Republican from Richton, elected to the House in 2019. “If we (public employee retirees) serve, it will actually save the Legislature money.”

Goodin is a retired educator.

Besides Goodin, the other three members that could be impacted by the impasse with the speaker are Billy Andrews of Lamar County, who served in the House in the 1970s and 1980s and then served as a county judge and youth court judge; Ramona Blackledge, a retired Jones County tax assessor-collector; and Jerry Darnell, a retired educator in DeSoto County. They, like Gunn, are all Republican.

The four thought they would be able to serve and draw their retirement benefits because early in 2019 the Public Employees Retirement System Board began steps to remove a long-standing regulation that prevented state and local government retirees and retired public educators from drawing their monthly pension while serving in the Legislature. This past December, the PERS Board took the final step to remove the regulation.

But now Gunn is saying the action of PERS conflicts with existing state law and that he also opposes it because the legislators will be drawing two checks from the state – one for their legislative pay and one for their retirement.

“It is not right for taxpayers to have to fund both,” said Gunn.

Under the regulation passed by PERS, legislators could draw their retirement benefit if they only draw a portion of their legislative pay – 50 percent or 25 percent of the average of their high four years as government workers. The regulation follows existing state law for re-employment by public employees in other government jobs. For instance, a person retired from the Department of Transportation or from public school teaching could return to work in another government job part-time.

But Andrews and Goodin say the speaker had indicated the House Management Committee on which Gunn serves and which is chaired by Speaker Pro Tem Jason White, R-West, a key Gunn ally, will not agree to pay them a smaller percentage of their legislative pay. If they receive their full legislative salary, they will lose their retirement pay. Legislative pay is essentially $10,000 annually for each session and $1,500 per month when out of session. In addition, they receive a per diem.

“I am just astonished we are not being supported by the leadership,” said Blackledge. “I just feel this is an injustice and unfair to the people of District 88 and circumventing their vote.”

Andrews said he and the other three members ran for office with the understanding they could serve and draw their retirement. And if PERS had not finalized the change in regulation in December, they could have chosen not to take their seats in January.

“PERS set the policy and regulations and would not have done so had it violated the law,” Andrews said in a memo to fellow members. “This change is here and if not addressed now it will be addressed in the future.”

Andrews indicated that a lawsuit might be filed over the issue if Gunn does not allow them to receive reduced legislative pay. The other options would be for the members to resign, or to serve while sacrificing their retirement pay or to change the law to state specifically that retirees can serve in the Legislature and receive their pension. Andrews said it is not likely that the law could be changed if the speaker opposes the change.

The freshmen members have been reluctant to discuss the issue publicly because they did not want to be seen as opposing a speaker of their own party.

But Andrews said the speaker has indicated to him that the whole issue was put in motion by former Democrat Attorney General Jim Hood to help elect Democrats to the Legislature and that new Republican Attorney General Lynn Fitch might issue a different opinion. In 2018 Hood, who ran and lost an election for governor this past year, issued an official opinion saying that the PERS Board was violating existing law by preventing their retirees from serving in the Legislature and drawing their pension. The PERS regulation was based on a law that states that PERS retirees can serve in local elected offices, such as for supervisor or city council. Since the law does not specifically mention legislators, PERS reasoned they were not covered by the law.

But the opinion from Hood’s office cites another state law that says public employee retirees can go to work part time in any governmental job. The office of legislator could be viewed as a part-time job since many members also work in other fields, such as attorneys, funeral home directors, farmers, insurance agents and in a host of other fields.

Andrews said the speaker is trying to block them from serving because the Democrat Hood issued the ruling.

“This is Washington politics being brought to Jackson,” Andrews said. “Just because it came from a Democrat, that does not mean it is wrong. And besides if the goal was to elect Democrats, it failed. We are all Republican.”

“It is almost as if they (House leaders) do not want us (retired educators) here,” Goodin said.

Most employees of state and local governments, public K-12 and university employees, participate in the retirement system, contributing 9 percent of their salary for retirement benefits.