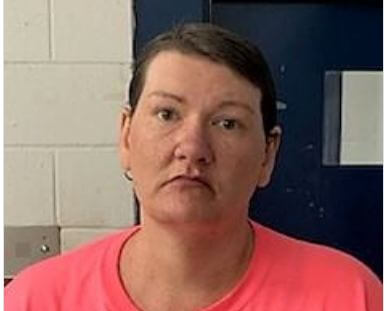 A woman has been arrested for filing a false police report after claiming to have been kidnapped last night.

At approximately midnight on 04/24/2019, the Booneville Police Department received a report of an alleged kidnapping and vandalism of a vehicle. In her complainant, Tammie Taylor Brewer, 38 of Booneville, alleged she was forced against her will into her own vehicle by a former spouse in a parking lot area near Wal-Mart in Booneville. She alleged he then transported her out of the city and into a rural area of Prentiss County where he sexually assaulted her before eventually releasing her from captivity. She alleged he also maliciously caused damage to her vehicle during the altercation. She also filed a report with the Prentiss County Sheriff’s Department who had jurisdiction over the alleged sexual assault. The case was turned over to the Criminal Investigation Division who determined through video and testimonial evidence the allegations by Brewer were false. As a result, she has been charged with filing false reports by both agencies.

Our agency takes all allegations very seriously and investigates them as such. We strive to prove the truth in every situation beyond a reasonable doubt, whether that truth relates to a person’s guilt or innocence. We do not take false allegations lightly. False reporting of a crime is a crime and will be prosecuted by our agency.