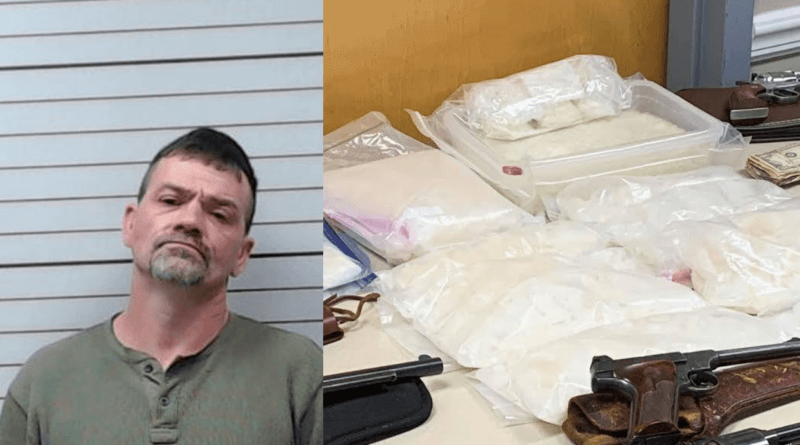 Police in North MS have arrested a man with a large quantity of meth and multiple firearms.

During the investigation, Agents had received information from multiple sources in the past several months that illegal drug activity was taking place at the 455 Lee County Road 1199
location. The investigation is ongoing.