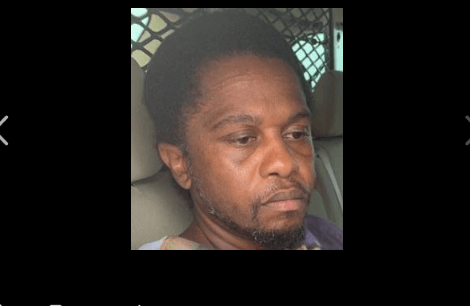 A woman was arrested and accused of helping a man escape from Parchman recently, according to a release from the MDOC.

JACKSON – The Mississippi Department of Corrections continues to investigate how an inmate escaped the Mississippi State Penitentiary at Parchman over the weekend.

U.S. Marshals captured Arthur Lestrick, 40, in Nashville, Tenn., after a massive three-day manhunt across two states. Law enforcement in Mississippi and Tennessee zeroed in on Lestrick in a wooded area off I-24 north of Nashville.

The escapee was taken to the Davidson County Jail in Nashville, where he waived extradition to Mississippi and has since been returned to Parchman.

Lestrick, MDOC #R4429, who is serving a life sentence for murdering a Copiah County resident 11 years ago, was confirmed missing Sunday.

“We know he had help from the outside,” MDOC Commissioner Burl Cain said. “One person is in jail and others could be facing charges, too.”

Investigators arrested Kyesha McKinney, 28, of Shelbyville, Tenn., for helping Lestrick flee the state after he fled the prison on foot. McKinney, a civilian, has been charged with aiding escape.

“Where we can, people will be charged to the fullest extent of the law because we do not tolerate people assisting fugitives,” Commissioner Cain emphasized.

Commissioner Cain, who spent two days at Parchman investigating the escape, said there was an “aggressive team of people working really hard behind the scenes to catch Lestrick and to study vulnerabilities at Parchman.”

The U.S. Marshals Service along with staff of Sunflower County Sheriff James Haywood and Bolivar County Sheriff Kelvin Williams, and the Mississippi Bureau of Investigation (MBI), and a host of local, state, and federal investigators immediately assisted the MDOC in the search and apprehension.