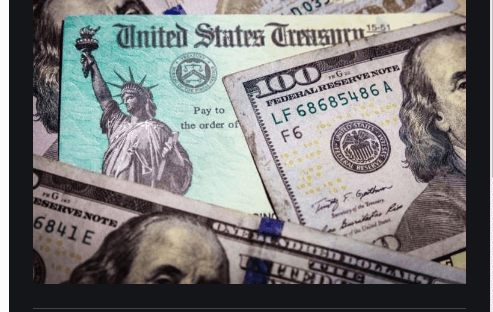 The White House and congressional Republicans are contemplating whether to lower the number of Americans receiving the next round of stimulus payments, as more conservative lawmakers face pressure to limit the cost of the next relief package.

Congress approved $1200 stimulus payments in March for individuals that have since been sent to around 159 million U.S. households. The amount of the benefit diminished or was entirely unavailable for those who earned more than $75,000 in 2019.

Lawmakers are looking to drop the cutoff number to below $75,000 but no decision has been made.

In two separate speeches this week, Senate Majority Leader Mitch McConnell (R-Ky.) said the payments should be sent out mainly to help those earning under $40,000, but it was unclear whether he was suggesting that would be the new cut off. Several Senate Republicans have expressed opposition to sending out another round of checks altogether, while others have said they would support doing so if targeted for “the people who are hurting the most.”

The country has already spent $3 trillion on the pandemic response. The administration is looking to limit this next stimulus package to $1 trillion, however one of President Trump’s top aides stated last week that the president is in approval of a $2 trillion package.

Limiting the next round of stimulus checks to those earning under $40,000 would save lawmakers about $200 billion, however it would also mean that 20 million middle-class Americans would not receive any funds.
Leading Congressional Democrats are more focused on obtaining an extension of the $600-per-week increase in unemployment benefits approved by Congress in March. This is set to expire at the end of July. Presidential candidate Joe Biden has said that he would support lowering the threshold for payment from $75,000/year to the more median household income of $60,000.