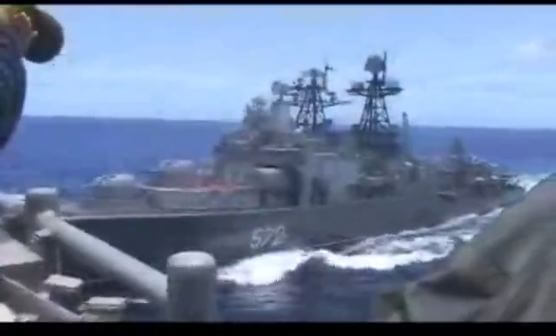 The United States Navy released as video of one of it’s ships nearly colliding with a Russian Destroyer on the open sea. You can see the video of the incident below.

BREAKING: #USNavy has released video of #USSChancellorsville being forced to maneuver to avoid collision, after #Russian destroyer Udaloy I made an unsafe and unprofessional approach in the Phillippine Sea, June 7th.

BREAKING: While recovering its helicopter #USSChancellorsville was forced to execute all engines back full to avoid collision with #Russian destroyer Udaloy I, which had come from behind and alongside within 50-100 feet in the Phillippine Sea