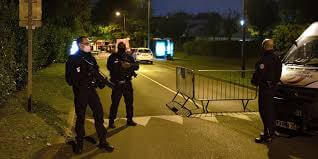 A schoolteacher was decapitated by a man in Paris on Friday, who was later fatally shot by authorities.

The teacher had received complaints from Muslim parents recently due to his decision to show controversial cartoons depicting the prophet Mohammed.

Nordine Chaouadi, who is a parent of a student at the school, said that the Muslim children were taken out of the class during the discussion by the teacher.

“My son told me that it was just to preserve them, it was out of pure kindness, because he had to show a caricature of the prophet of Islam and simply said to the Muslim children: ‘Go out, I don’t want it to hurt your feelings,’ that’s what my son told me,” Chaouadi told Agence France-Presse.

French President Emmanuel Macron has labeled the teacher as a “victim of an Islamist attack.”