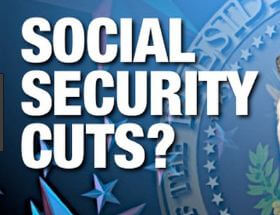 In a statement the recently released they predicted the OASI trust fund will be depleted by 2035, at which time benefits would have to be cut if no change is made.

Additionally, the Medicare trust fund will be depleted by 2026.

According to the report : ”
The Trustees recommend that lawmakers take action sooner rather than later to address these shortfalls, so that a broader range of solutions can be considered and more time will be available to phase in changes while giving the public adequate time to prepare. Earlier action will also help elected officials minimize adverse impacts on vulnerable populations, including lower-income workers and people already dependent on program benefits.”

You can read a summary the full report here.