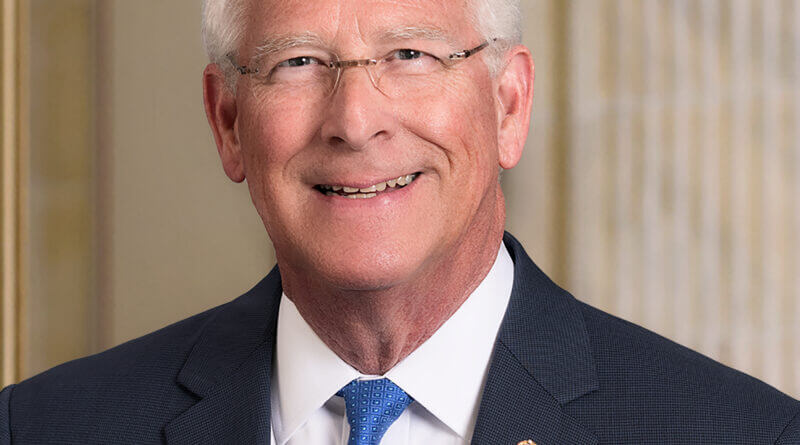 Note: The following is Sen. Roger Wicker’s Weekly Report, which is provided by Sen. Wicker’s office.

President Biden can no longer ignore the inflation crisis that his big-spending policies have created. Since the President took office, gas prices have continued to soar, groceries have become painfully expensive, and the price of a used car has skyrocketed. A typical family of four is now spending $849 a month on groceries, up from $674 just one year ago. And with winter approaching, home heating costs are expected to be at least 30 percent higher than last year. President Biden’s massive spending and his war on American energy are directly to blame for these out-of-control costs.

New reports have revealed eye-popping inflation numbers that were even worse than experts had predicted. According to the Labor Department, the price of goods has risen 6.2 percent in the past year – the highest annual spike since 1990. In the last 12 months, gas prices have shot up by nearly 50 percent, used car prices have risen by 26 percent, and new car prices have risen by a record 10 percent. Food costs are also through the roof. In one year, the price of a gallon of milk has jumped from $3.38 to $3.66. The cost of beef and bacon has risen 20 percent, eggs have risen 11 percent, and chicken nearly nine percent. Larry Summers, a top economic advisor for two Democrat Presidents, predicts this inflation will almost certainly last for another six to nine months, and could well last longer.

Recently I met with a furniture executive who employs 35,000 people. He said his manufacturing costs have gone up by a staggering 24 percent in the last year. He also has 1,200 unfilled positions and is having trouble finding workers. This same predicament is facing job creators across America, with nearly half of small businesses saying they still cannot find enough employees. This labor shortage is making it harder to meet consumer demand, leading to more empty shelves at our stores.

Biden Policies Are Squarely to Blame

Some pundits have tried to defend the President, saying these price surges are simply a result of the pandemic and are outside his control. That is nonsense. The President has repeatedly fanned the flames of inflation, beginning with his COVID “relief” bill in March, which pumped $1.9 trillion of unnecessary cash into our economy. Government records show that inflation began to spike almost immediately after that massive bill became law. Larry Summers called it the “least responsible” fiscal policy in 40 years and now says the Administration is “running enormous risks” with inflation.

The President is also directly responsible for soaring energy costs, which are the result of his war on domestic energy. President Biden put American energy producers on notice with his day-one decision to kill the Keystone XL pipeline, which would have boosted our oil supply. He also suspended new drilling leases on federal lands and waters, robbing us of a key source of oil and natural gas. The Administration has even raised the possibility of closing a critical pipeline between Canada and the Midwest, which could further drive up energy costs. All of these policies have created a self-inflicted energy crisis for which the President alone bears responsibility.

It is distressing that President Biden is ignoring these inflation alarm bells and forging ahead with his multi-trillion-dollar tax-and-spending spree. I hope Senators Joe Manchin and Kirsten Sinema, two moderate Democrats, stand firm in their views that this bill is a recipe for more inflation. The President needs to abandon this reckless bill and start working with Republicans to bring inflation under control.