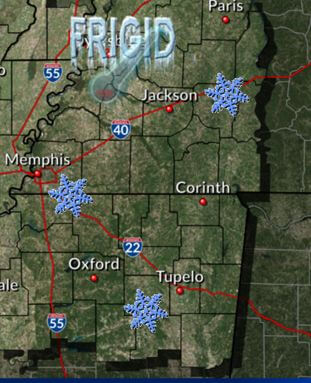 The NWS in Memphis officially issued a Winter Weather advisory for Tippah County and much of North Missisippi on Sunday.