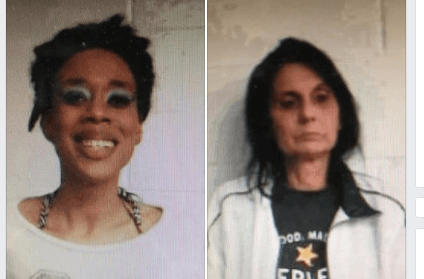 A pair of North Mississippi women were arrested and both charged with bringing meth into a jail just days apart from each other.

From the Prentiss County Sheriff Department:

On Thursday Feb. 20 Booneville Police arrested Katrina Yvette McGee 32 of Booneville on an outstanding Circuit Court Indictment and was transported to the Prentiss County Jail. Upon arrival at the jail, Officers discovered that she was in Possession of Methamphetamine, that was concealed on her person.

As a result of the recovery of the Narcotics, McGee was charged with Possession of a Controlled Substance (Meth) in a Correctional facility. Her bond was set at $15,000 on the Drug Charge and is being held without bond on the Alias Capias which was issued as a result of her failing to appear in Prentiss County Circuit Court. The bond was set by Judge Kitchens.

On Friday Feb 21st Prentiss County Deputy Brandon Slack arrested Linda Strange 52 of Booneville when he discovered she had an outstanding warrant. Strange was at the Prentiss County Justice Court paying the fine of another individual when Deputy Slack realized she was wanted. Once she was escorted to the jail, Officers noticed Strange had an object in her mouth, which once it was recovered, determined that it was Methamphetamine.