North Mississippi police are asking for the public’s help locating a man wanted in connection with a drive by shooting that resulted in a female dying last week.

From the Tupelo PD:

On December 7, 2018 the Lee County Sheriff’s Department responded to CR 45 in the Palmetto Community to a report of a drive by shooting. Upon arrival, it was discovered that eight people occupied the home that shot at and four of those people were injured. One victim died as a result of gunshot, one victim was transported to NMMC and was taken to surgery, one victim was treated for injury to the arm from a gunshot, and one victim received treatment from shrapnel injury. The Lee County Criminal Investigation Division arrived and worked the crime scene.

The investigation revealed that a dark colored vehicle, occupied by several individuals, passed in front of the targeted home headed west bound and fired multiple shots into the home. It is believed that no one exited the vehicle during the shooting and all the shots were fired from within the vehicle. The occupants and the vehicle then left the area.

On Friday night around 21:00, four persons of interest were taken into custody and questioned in regards to this incident and were later cleared and released.

The investigation continued throughout the weekend gathering information.

Today, we are letting the public know that this incident was an isolated targeted attack. The investigation has revealed that the shooter and a person inside the home were acquaintances.

The shooter has been identified as:

Betts is currently out on bond and under indictment for First Degree Murder and Drive by Shooting from a previous incident in Verona.

Lee County Sheriff’s Department has issued warrants for Betts charging him with Murder and Aggravated Assault for the December 7 incident.

Anyone with his whereabouts, please contact Lee County Sheriff’s Department 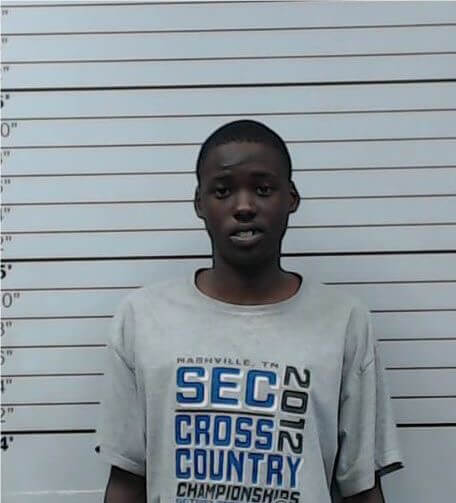