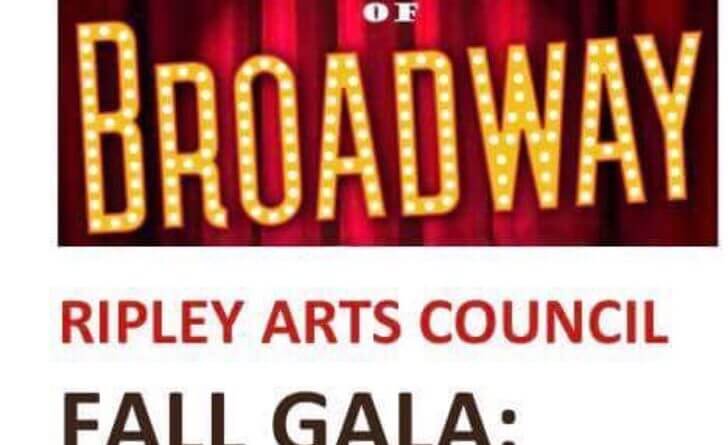 The Ripley Arts Council is hosting their annual Fall Gala Fundraiser in September. This has been a successful fundraiser the Council has organized for over ten years now.

This year’s title is “It’s Curtains For You, Dixie!” According to the director, Melinda Marsalis, “It’s Curtains For you, Dixie is a nod to great old gangster films and a hint at the broadway villains you’ll see and hear.” The goal of this year’s gala is to raise funds for a new curtain for the theatre, which hosts a broad array of stage productions each year.

Tickets are $25 a piece and treat you to a night of dinner, catered by The Barn Chef (owned and operated by Jerry and Allison Windham), followed by an exciting arrangement of broadway villain songs performed by local talent, including Dixie Theatre veterans and newcomers alike. 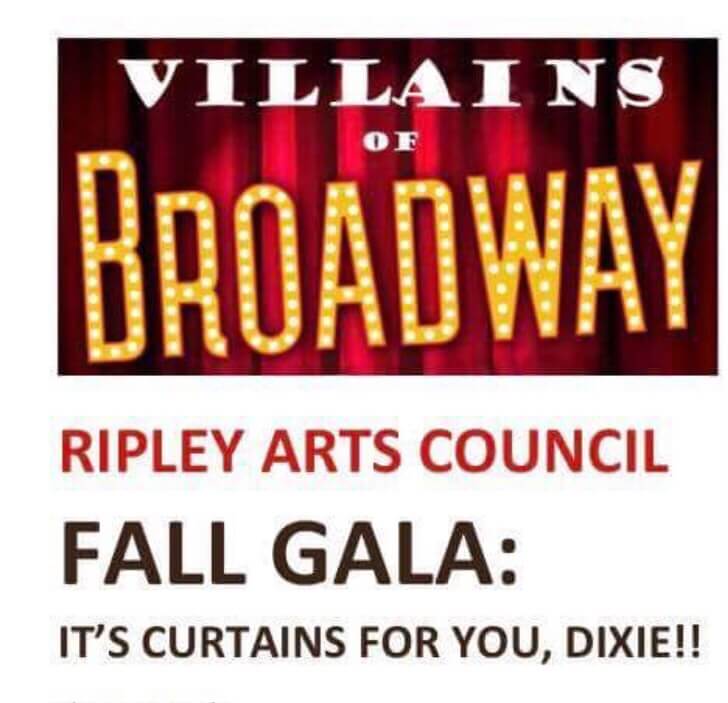