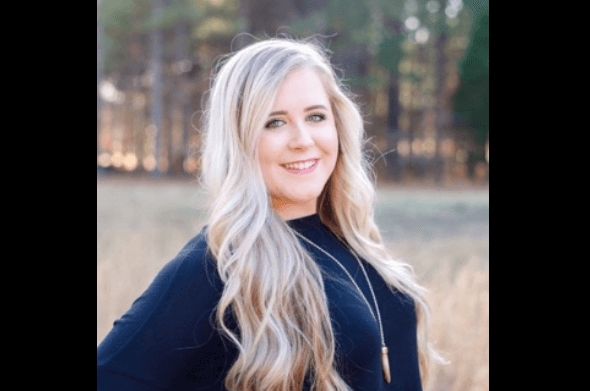 Last year, Need A Haircut? salon in Ripley offered a scholarship to one lucky recipient. The “Second Chance Scholarship” was to attend cosmetology school and the recipient was Marlee Heavener Thornton.

“I’ve always had a passion for cosmetology ever since I was little girl,” states Marlee, “…my grandfather was a barber and my great grandmother was a cosmetologist” Marlee heard about the scholarship opportunity while receiving services at Need A Haircut? from cosmetologist, Jordan Edwards.

Marlee was immediately interested. She applied and was awarded the scholarship. Marlee began cosmetology school in November 2019, but shortly after, suffered a severe shoulder injury. This was a discouraging set back for Marlee.

“I dislocated my shoulder and had to undergo surgery to fix it,” states Marlee. She then added that she was in a sling for 6 weeks before starting physical therapy.

Despite this tough setback which pushed Marlee roughly three months behind in school, she persevered, and is due to finish her cosmetology program within the next couple of weeks. She will then receive a position working at Need A Haircut? just in time for the spring/summer season.

“I would like to thank everyone who contributed to the Second Chance Cosmetology Scholarship,” states Cindy Holmes, owner of Need A Haircut? salon, “…I am very excited to have Marlee join us and I know that with the exceptional education she received at Booneville Cosmetology College, she will have a long and successful career!”

Marlee has worked hard and overcome a lot to get to this point and looks forward to building her clientele at Need A Haircut? salon!