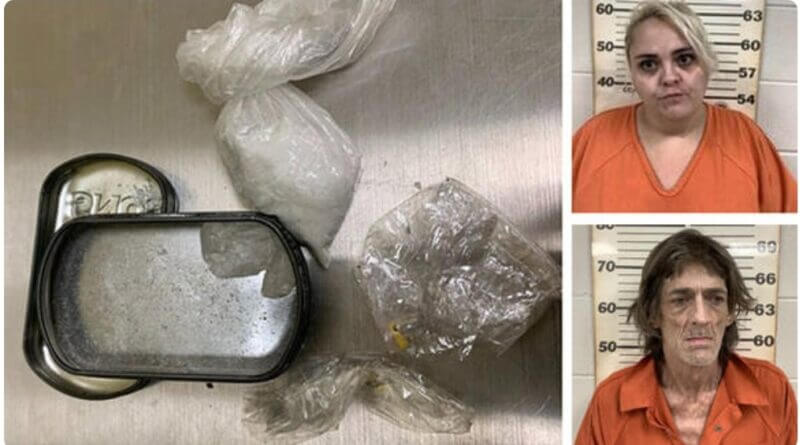 A man and woman were arrested yesterday in Pike Co on drug charges.

Pike Co Sheriff’s Dept and the MBI received information on crime and drug activity going on in the Cedar Hill Lane area.

Edward Heaton had 16 grams of methamphetamine.

Courtney Welch was arrested and charged with possession of paraphernalia and an active felony arrest warrant with MDOC.

More information will be provided as it is received.