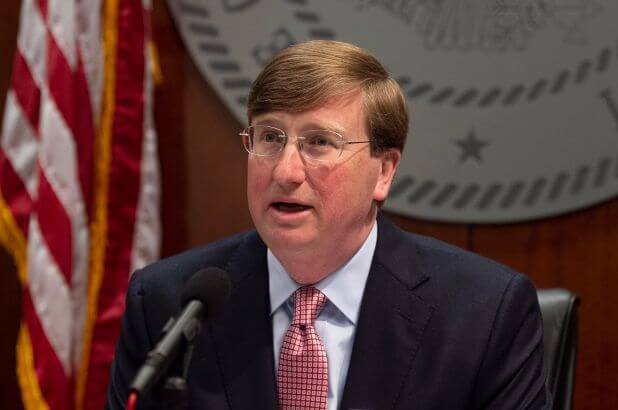 Governor Tate Reeves held a press conference at 2:30 p.m. on Wednesday to update on churches and schools in Mississippi. Several topics were touched on by Reeves at the press conference.

He made announcements on a slight decrease day over day in Covid19 cases and then went into talking about churches and schools in the state.

Reeves announced that there will be a decision on schools in Mississippi by no later than Tuesday of next week. He stressed that the decision could come sooner and thanked teachers, students and parents for their hard work.

According to Reeves, now is not the time to hold in person church services, because we will be reaching near our peak at that time.

However, Reeves said Mississippi will not forcibly shut down churches, notably a church in Natchez that planned on having services.

“We are not the kind of government that will shut down worship services,” Reeves said.

Reeves did reach out to the church and impored him to not hold in person services. The bishop of that church spoke, thanking Reeves for reaching out to him and saying his is willing to cancel his Easter service.