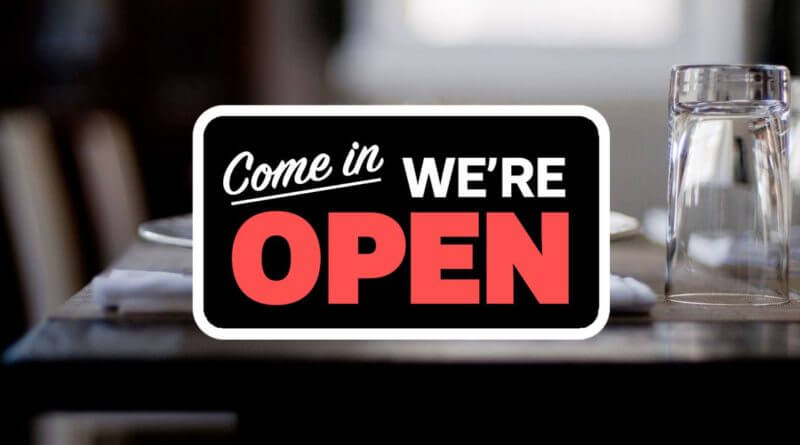 by Rick Cleveland, Mississippi Today
May 5, 2020

Greek immigrants opened Jackson’s venerable Mayflower Cafe, now a downtown mecca of broiled fish, as a hamburger stand 85 years ago. This week, the Mayflower offers something that it hasn’t since that very beginning in 1935: curb service.

In Hattiesburg, restauranteur Robert St. John’s six restaurants and two bars sit mostly empty of customers with three of the six providing meals on the go.

Governor Tate Reeves Monday issued an order allowing Mississippi restaurants to open beginning Thursday morning for in-house meals under strict guidelines. But many are still restricted by city ordinances and others say they don’t feel safe opening under conditions in the current pandemic.

Mississippi’s restaurants, which employ approximately 122,000 people representing about 10 percent of the state’s workforce, face a precarious future. Some, surely, will not survive.

“We are in unchartered waters; there’s no script for this,” said St. John, also a syndicated columnist and author. “What most people don’t understand is that restaurants operate on a unique business model. We have tight windows of opportunity – 11 to 1 at lunch, 6:30 to 8:30 p.m. for dinner and the number of times you can turn over those tables makes or breaks you. With social distancing we’re looking at cutting capacity by 50 percent. The numbers just don’t work.”

But, surviving the COVID-19 pandemic will be by far most difficult of all, White said.

“We’ve borrowed all the money we can borrow, and our employees have not missed a paycheck,” White said. “We are paying our bills as best we can. We are doing the best we can to prepare to open back up at some capacity, later in May, but, honestly, we don’t know. Nobody knows. Nobody knows what the restaurant business is going to look like on the other side of this. We just know it is going to look really different.”

When restaurants do open they will be limited to half capacity. Waiters and waitresses must wear masks. Disposable menus will be printed on paper. Temperature checks at the door have been discussed. Unfortunately, touch thermometers are not available.

“Maybe I am being overly pessimistic and I hope that I am,” White said. “But I think we will lose 50 percent of our independent restaurants. It’s such a tough business. We operate on profit margins of between 4 to 7 percent when everything is ginning perfectly. Physically, and mentally it’s extraordinarily difficult. I just think this extended crisis will give a lot of people, already whipped down, a chance to say, ‘No mas, no mas.’”

“Forty percent of restaurants nationally were closed with no takeout or delivery,” Fontaine said. “Eleven percent of those said they were not going to return to business. I would expect our numbers in Mississippi to pretty much mirror that. And the longer this goes the worse it gets.”

Geno Lee, who operates Big Apple Inn at locations on Farish Street and North State Street in Jackson, has gone takeout only and says he will not serve to in-restaurant diners until he feels it is safe, no matter what city and state authorities say. “I just feel like it is our job to keep ourselves safe and not the government’s,” Lee said. “We’ve put our chairs up for now.”

Lee, who has received regional and national acclaim for his pig ear sandwiches, says his restaurants have suffered “a big decline” in business. “We’ve operated at zero profit for the last month,” he said. “But I promised my employees a paycheck as long as I could keep going. I’ve got a good landlord who has been very gracious. We’re going to go as long as we can.”

At Mayflower Cafe, Jerry Kountouris, the third generation owner, begins curb service Tuesday night with a limited menu. Customers can call in their orders from 1 until 4 p.m. and then pickup between 5 and 8.

“We’ll see how it goes,” Kountouris said. “I’ll just be honest, it’s going to be really tough to make it even when we reopen at half capacity for dining in the restaurant. State and city offices are closed. We are surrounded by office buildings, not homes, and most of those offices are empty. It’s going to be really difficult to make a go of it. But we’re gonna try.”

Randy Yates, who operates the popular Ajax Diner on The Square in Oxford, was one of the first restaurants in Mississippi to close because of the pandemic, closing on March 15.

“We were going to try to do it with social distancing but it took our seating capacity down to a third,” Yates said. “I knew it was useless and I also thought it was dangerous. I talked to my staff. They agreed that closing was the right thing to do.”

Yates plans to reopen later in May when Oxford city government allows, but does not seem optimistic.

“I can’t imagine doing half of what we’ve ever done,” he said. “It’s gonna be hard.”

Currence, who operates City Grocery just down the street from Ajax, is more optimistic.

“I am by nature optimistic, “ Currence said. “We in the restaurant business are experienced problem solvers because of the profession we’re in. We are continually making decisions on the fly. We’ll figure it out.”