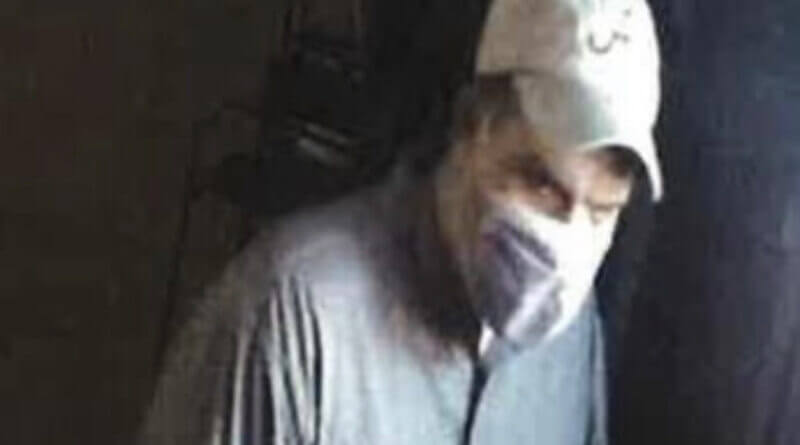 On September 5, 2022, the Lowndes County Sheriff’s Office investigated the first of two different burglaries that occurred at the Country Mart located at 5855 Hwy 182 East in Lowndes County. The second burglary occurred on January 8, 2023. In both burglaries’, investigators obtained video footage of the suspect and of the vehicle driven by the suspect. The suspect only took one item during both burglaries, the drug “Za-Za.”

In the illegal drug market, there are always new drugs making their way onto the scene. Many of these are completely unheard of by the Food and Drug Administration (FDA) and manage to sneak by under the radar. Other drugs gain popularity among people who are on probation and want to catch a buzz without failing a drug test. Surprisingly, you can find these kinds of drugs at gas stations or convenience stores, and while most of them come and go, others remain notorious for their extreme side effects.
Tianeptine, classified as an antidepressant, is being sold in gas stations around the country. Many refer to it as “gas-station heroin” and can also be purchased online under various names including Nootropic, Za-Za, Za-Za Red, TD Red, or Tianaa. Clinical effects of Tianeptine abuse and withdrawal can mimic opioid toxicity. Tianeptine is causing users to abuse the drug because of its opioid effects.
This drug and its branded products are not approved by the (FDA) for medical use in the United States and have been banned in multiple states, such as Michigan, Minnesota, Tennessee, Georgia and Alabama.

These non-FDA-approved depressant drugs, that are usually sold in pill or tablet form are labeled as a dietary supplement and are highly addictive. Because Tianeptine mimics the effects of opioids when taken in high doses, it is endorsed by some users as a healthier alternative to opioids. The Problem with that theory, these drugs are not regulated and because there is no quality control, the end user is not sure what he is taking.
In low doses, Tianeptine works by stimulating serotonin in the brain, acting as an antidepressant to improve mood.
One of the first drugs I remember being sold in gas stations was Synthetic cathinone, more commonly known as bath salts, labeled “not for human consumption.” They were labeled and sold as bath salts, plant food, jewelry cleaner, or cell phone screen cleaner.
Next came K2 / Spice, a Synthetic Marijuana, only it wasn’t. A synthetic version of tetrahydrocannabinol (THC), the psychoactive ingredient in marijuana, K2/Spice is a mixture of plant material sprayed with synthetic psychoactive chemicals, its origins and chemical amounts are unknown. The ingredients and strength of products containing synthetic cannabinoids are almost impossible for the user to know.
Then came Kratom, which has been band here in Lowndes County. Thousands of people take kratom, which grows naturally in Thailand, Malaysia, Indonesia and Papua New Guinea, to relieve pain, believing a natural herb to be safe. However, we just do not know enough about the herb to deem it safe or effective. The state of Mississippi has seen numerous overdose deaths associated with the use of Kratom. This drug also has no regulation and there is no quality control or age restriction on the sale to minors.
Now Tianeptine is on the scene. Just over a week ago, a victim was found deceased here in Lowndes County from an apparent overdose and the suspected drug that was used was Za-Za.
This “Gas-Station Dope” is not approved by FDA, has no regulations, no quality control or age restrictions, and are usually labeled for other uses or state “Not for human Consumption”. Why on earth would anyone want to trust a drug like that?
During this investigation, Deputies with the Lowndes County Sheriff’s Office identified the suspect and on January 20, 2023, arrested 35-year-old Joshua Clint Bolin and charged him with the two burglaries of the Country Mart. Bolin is currently being held in the Lowndes County Adult Detention Center awaiting his initial appearance.

Law enforcement have a hard time keeping up with the latest gas station drug trends. Just because these types of products are being sold in gas stations or convenience stores, doesn’t make them safe. BUYER BEWARE!

If you have knowledge of this case or any additional information, please contact the Lowndes County Sheriff’s Office at 662-328-6788 or Golden Triangle Crime Stoppers at 1-800-530-7151 or access the P3-Tips app. You will always remain anonymous when you send a tip through Crime Stoppers and you are eligible for a cash reward if your information leads to an arrest.