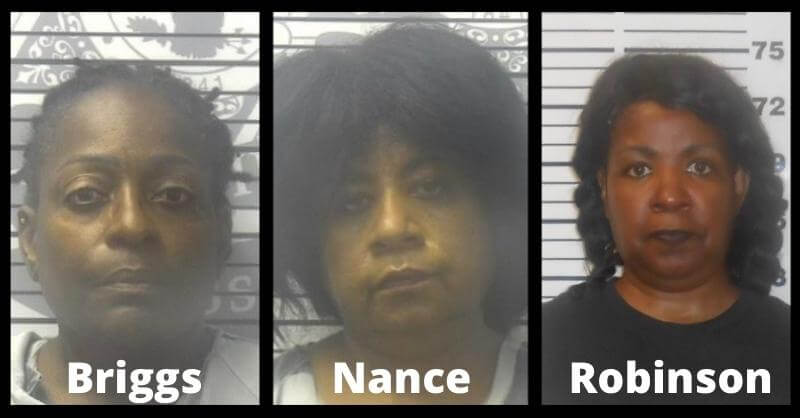 The trio is accused of creating a business for educational consulting. Robinson authorized payments to the fraudulent business while minimal services were performed in order to appear as a legitimate company. The three are accused of working together to draw nearly $45,000 from the Coffeeville School District.

The scheme was discovered during an audit conducted by the Office of the State Auditor’s Compliance Audit Division.

“For the second time in a month, we’ve identified money that should have benefitted public school students that was misspent,” said Auditor Shad White. “We will work with prosecutors in this case to protect the interests of those students and the taxpayers.”

Upon their arrest, the defendants were served with demand letters showing they owe $84,171.06 back to taxpayers. The amount includes interest and investigative expenses.

All persons arrested by the Mississippi Office of the State Auditor are presumed innocent until proven guilty in a court of law. These individuals will be prosecuted by the office of District Attorney John W. Champion.

Nance or Briggs. Surety bonds are similar to insurance designed to protect taxpayers in the event that public money is misspent. All three will remain liable for the full amounts of their demands in addition to individual criminal charges.

Suspected fraud can be reported to the Auditor’s office online at any time by clicking the red button at www.osa.ms.gov or via telephone during normal business hours at 1-(800)-321-1275.