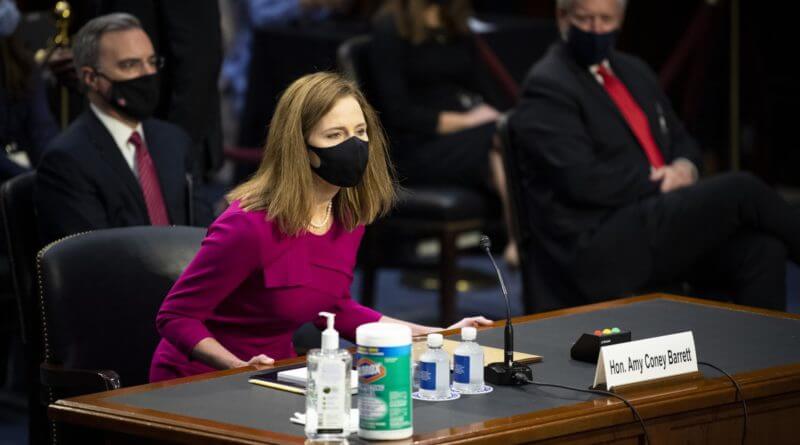 On Monday, the first of four days of confirmation hearings began in regard of President Trump and Republicans’ attempt to place nominee Amy Coney Barrett into the Supreme Court before the November election.

Barrett was sworn in on a preliminary basis to fulfill “faithfully and impartially” if she is confirmed to the highest court.

While she did not answer any questions on the first day, Barrett did give an opening statement.

“Courts have a vital responsibility to enforce the rule of law, which is critical to a free society. But courts are not designed to solve every problem or right every wrong in our public life. The policy decisions and value judgments of government must be made by the political branches elected by and accountable to the people. The public should not expect courts to do so, and courts should not try.”

Again, no questions were directed towards Barrett on day one. The hearing consisted of opening statements from Barrett and the 22 members of the Judiciary Committee.

Democrats and Republicans sat in heated discussions on Monday about the integrity of rushing the nomination before the election.