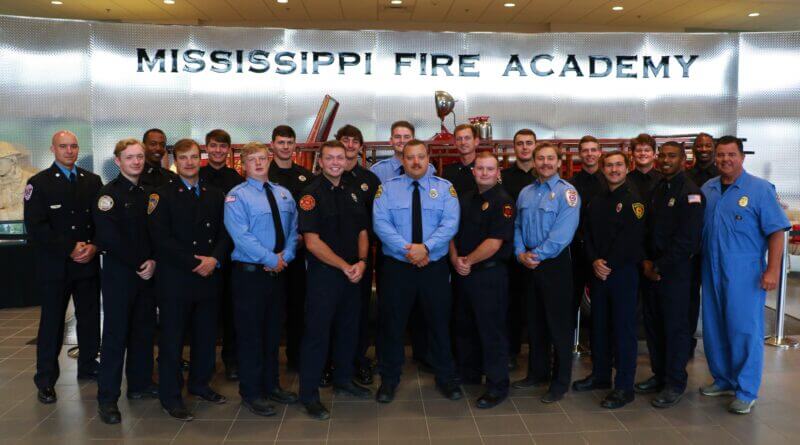 On Thursday, the graduation for Firefighter Class 199 and the MS Executive Fire Officer (MEFO) Program was held inside the No. 1 Fire Academy Auditorium. Congressman Michael Guest was the guest speaker at the prestigious event.

Nine current leaders within Mississippi departments graduated from the MEFO Program.  This course consisted of four sessions throughout the year focused on identifying issues that the fire service and communities face, and how to improve. The courses were also designed to help prepare the group for the next step in their careers.

“The men in the 2022 MEFO Program have done an exceptional job in this year-long, rigorous endeavor,” said Class Coordinator and Senior Instructor Advanced Barry Burnside. They have proven themselves to be of the highest caliber fire officers.”

The Mississippi State Fire Academy is a division of the Mississippi Insurance Department. State Fire Marshal Mike Chaney and Academy Executive Director Terry Wages believe these firefighters will be an asset to the fire departments they represent.

“We are excited for them to go and serve their community,” said Director Wages