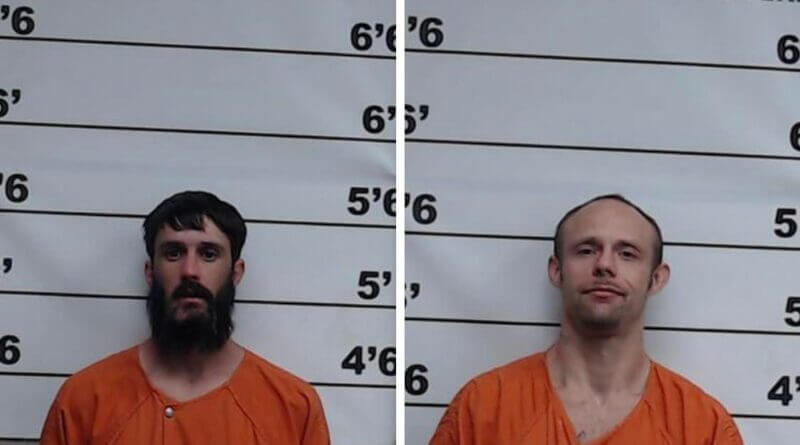 Two men have been charged with murder and arson after body found inside house that was on fire.

On October 3, 2022, in the early morning hours, Tishomingo County 911 received several calls reporting a possible fire in the area of Hill Road in Tishomingo, Mississippi. Deputies from the Sheriff’s Department responded to the area along with the Fire Department. Once the fire was located at 13 Hill Road in Tishomingo, Mississippi, the residence there was found to be fully engulfed in flames.

As Fire Department personnel were attempting to extinguish the fire, it was discovered that human remains were inside the residence. Investigators with the Tishomingo County Sheriff’s Department and State Fire Marshal’s Office were called to the scene. After a preliminary investigation, it was determined that there was believed foul play involved in this fire.

Two individuals who were reported to have been at the residence on the prior day, were questioned. After being questioned, those two individuals were criminally charged with the following crimes: