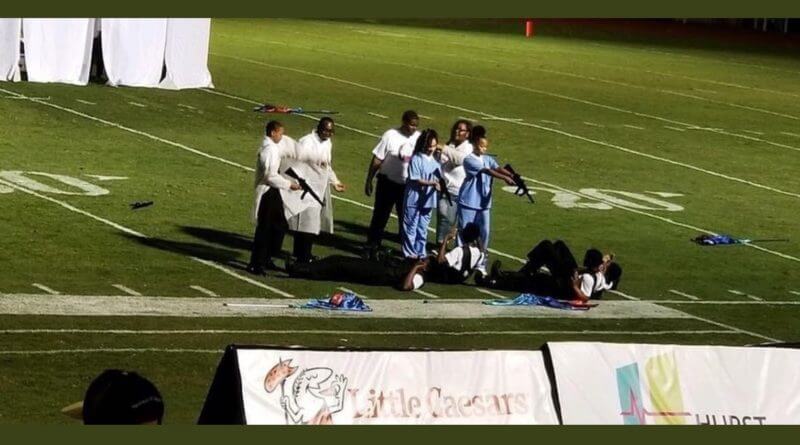 The Forest Hill band has been suspended from performing the rest of the year after their halftime show that depcited guns and a police officer involved according to the MHSAA.

The performance took place at Brookhaven less than a week after two police officers were fatally shot.

The school later clarified that the skit was from the movie ‘John Q’.