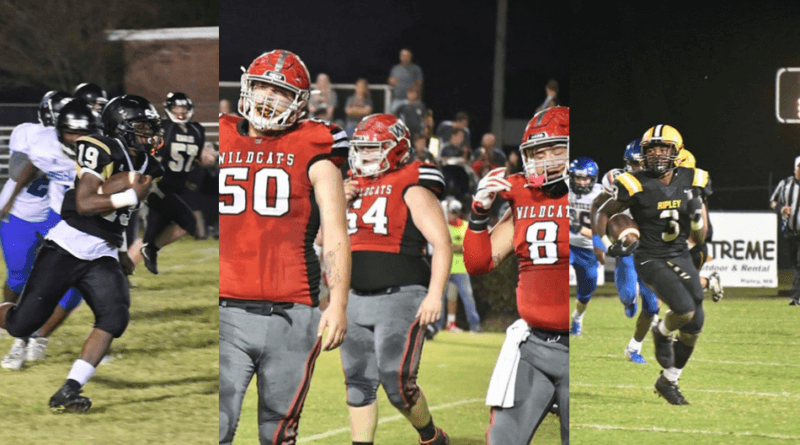 All three Tippah County Football teams have had their games moved up to Thursday night from Friday due to the threat of severe weather. And all three teams have games with major playoff implications.

Walnut takes on East Union in a game that could decide the district championship. Walnut is on a 6 game win streak and opens district play at home against last years district champion. The visiting Urchins are among the states leading passing offenses, led by sophmore quarterback Ty Walton. The Wildcats, on the other hand, will bring out a balanced offensive attack in what could be one of the state’s highest scoring games this week. Prediction: Walnut 44 East Union 39

Falkner has homecoming festivities on Thursday night and they take on the Lions of HW Byers. Falkner picked up their first win against Ashland two weeks ago and they need two more district wins this season to get into the playoffs and tonight is a game they feel they have a chance in. Emotions always run high on homecoming and the Eagles will hopefully feed off of the energy of the home crowd. The visiting Lions lost last week to Thrasher while Falkner fell to Myrtle. This could turn into a game where the team with the ball last wins. Prediction: Falkner 31 Byers 30

Ripley is on the road this week as they travel to Tishomingo County in a nearly must win game for the Tigers. Last week the Braves of Tish County fell to Corinth 56-7 while Ripley lost 30-7 to North Pontotoc. Both teams will be looking to erase last weeks district loss. The Tigers will lean heavily on their defense and running game in this battle. Prediction Ripley 30 Tish County 17

There will be full coverage on Tippah County Sports with updates on all of the local teams.