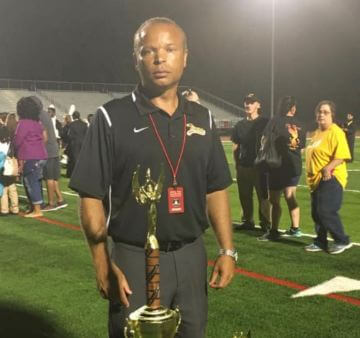 Mr Hatch was voted on by his peers with the NEMBDA for his work with the Ripley Marching band this season.

During the season, the 125+ Members of the Tiger marching band had a great season that resulted in a 6th place overall finish at the State band competition and a first place finish in percussion.

Their show this season, titled “The Heist” was a fan favorite all season long.