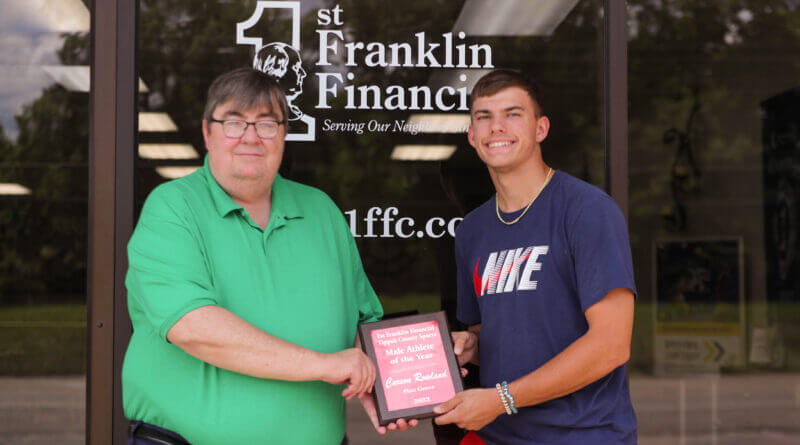 For the second year in a row, Carson Rowland is the 1st Franklin Financial Tippah County Sports Male Athlete of the Year. Rowland shared the honor in 2021 with TJ Colom.

Rowland wrapped up his high school career with a second straight trip to the North Half championship series in baseball, where he was an All County, All District and All State performer but his 2022 postseason basketball run was the stuff of legends that cemented his second straight Athlete of the Year award.

Rowland was the All County, All District and All State player of the year on the basketball court and he helped lead Pine Grove to the 2A basketball championship.

Carson was a member of the SportsMississippi.com All Tournament basketball team and made multiple all state teams, including being the MHSSP Player of the Year

Rowland also became just the 2nd Tippah County Athlete to be named the Daily Journal Player of the Year.

For his career, Rowland was a 3x All State performer in basketball, a 3x Division MVP and 3X Tippah County MVP. He was also named to the Tippah County Sports All-Decade team.