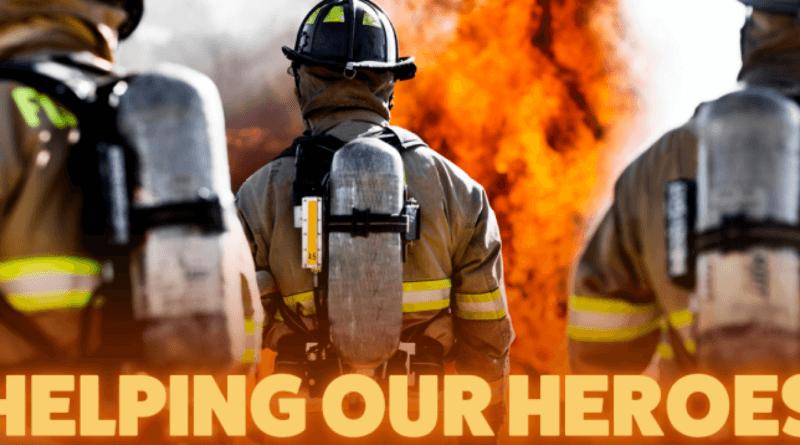 A proposed bill by the Mississippi Insurance Department would provide more money for firefighter and police benefits and for firetrucks.

The bill would fund the act through diverting some surplus lines fees.

See the release from the MID below:

The Mississippi Insurance Department proposes legislation to fund the

When I consider some of the most important jobs a person can hold, firefighter quickly rises to the top of my mind. Firefighting, for some, is a profession: a noble one that requires time, physical strength and stamina. For others, it is a voluntary service to their community and neighbors, still strenuous and demanding. Police officers and other first responders hold equally important jobs in our communities.

In 2019, I proudly supported the passage of the Mississippi First Responders Health and Safety Act to care for first responders with occupational cancer and other diseases caused by their job. There are nearly 17,000 firefighters in Mississippi. Of those, around 13,000 are unpaid volunteers. It seems only right that we care for the men and women who have cared for us, risking their lives to save others. Now, nearly a year since its passage, we must consider how to fund this important program.

With Senate Bill 2302, I am proposing an amendment to existing law that would divert a portion of the surplus lines fees currently collected. Surplus lines fees are collected from non-admitted insurance carriers in the state. Surplus lines fees generate between $12 and $14 million in revenue annually. Amending current law would guarantee money for firefighters through the Mississippi First Responders Health and Safety Trust Fund.

I also propose diverting a portion of fees to fund the Rural Fire Truck Fund. Since the Rural Fire truck program’s inception in 1995, the State of Mississippi has paid out more than $47 million to help counties buy fire trucks. The program is estimated to have saved MS homeowners more than $1.6 billion since the program began. This program has put more money into consumer pockets than any tax cut ever will.

My proposal also calls for a portion of the surplus lines fee to fund fire prevention and education through the State Fire Marshal’s Office. Fire safety educators in my office visited more than 70 schools and educated more than 3,000 children and adults in 2019. I can only imagine the number of lives that would be impacted and saved by our educators if the proper funding was in place.

A portion of the diverted fees would also be paid to the Comprehensive Hurricane Damage Mitigation Program. I am particularly motivated to fund such a program after visiting with poultry farmers. Poultry is one of the leading industries in our state, valued at nearly $3 billion. There are more than 1,400 broiler farms and hundreds of layer farms – yet these farmers are paying increasingly high premiums for insurance on their chicken houses. Only a small number of insurance providers are willing to write coverage for poultry farms, largely because of the expensive replacement cost for destroyed or damaged poultry houses. The Mitigation Program would give farmers a better chance at a successful business by funding improvements to their poultry farms.

There is a common misconception that funds paid into the wind pool are assessed from policies only on the coast. That is incorrect. Approximately 60% of the fee is collected on policies written outside the coastal counties.

At this time, the wind pool has approximately $280,000,000.00 in surplus, positioning it well to handle the next big storm. Moving a small percentage of the surplus lines fee funds would benefit everybody, from Desoto County to the Gulf Coast.

Senate Bill 2302 is making its way through the legislature now and I urge lawmakers to pass this bill. My proposal would not take money from the general fund or adversely affect other programs.  This takes politics out of the funding for fire protection, storm mitigation, and caring for our heroes.