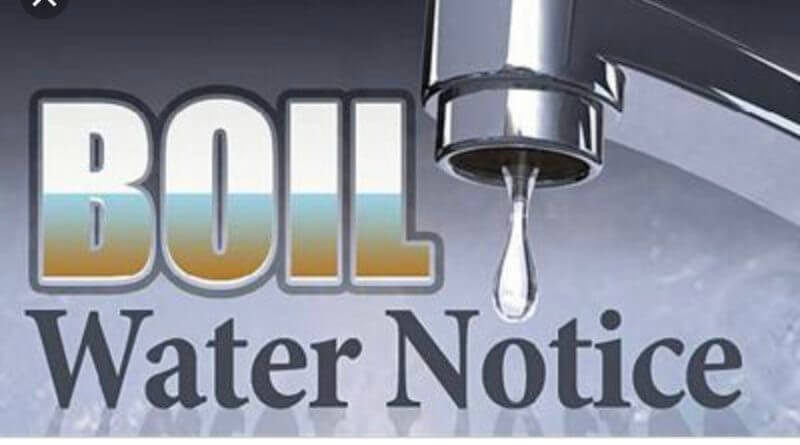 A boil water notice notice has been issued for residents affected by a Water main that burst on Dumas road last night.

City of Ripley, MS 2:08 am 5/10/19. Main was repaired around 1:30. The process of opening valves and refilling the tank on Dalton St began shortly thereafter. A boil notice will be in effect at least until Monday. We’ll post specific areas later today.

If your water was affected tonight, you’ll be under the notice. Posting a couple action shots of your dedicated public servants working in the wee hours as they replace 60” of ruptured 8” water main. These guys work hard for us & I’m appreciative! Dwayne Hopkins Josh Sanderson Eddie Robbins Richard Jeter 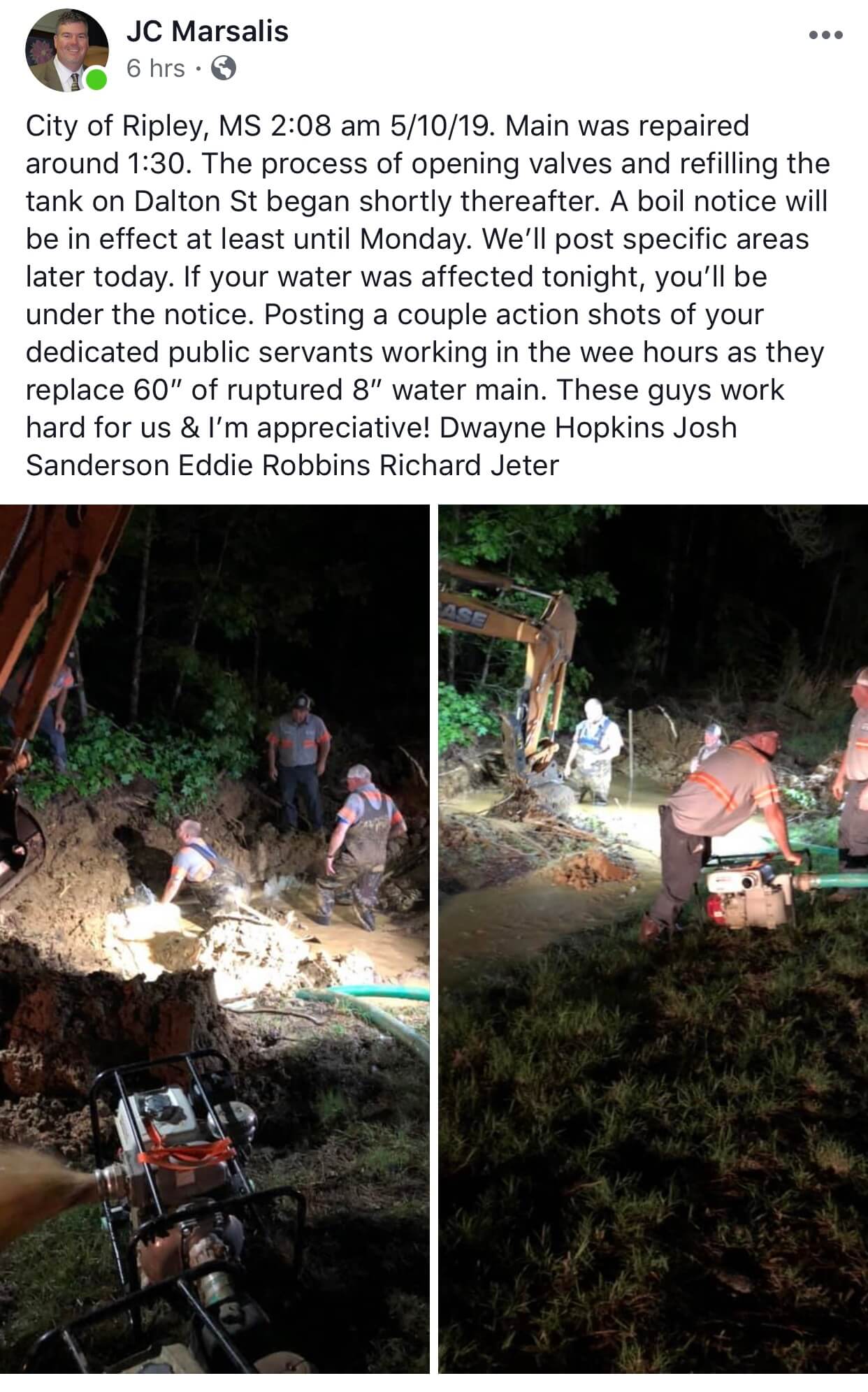