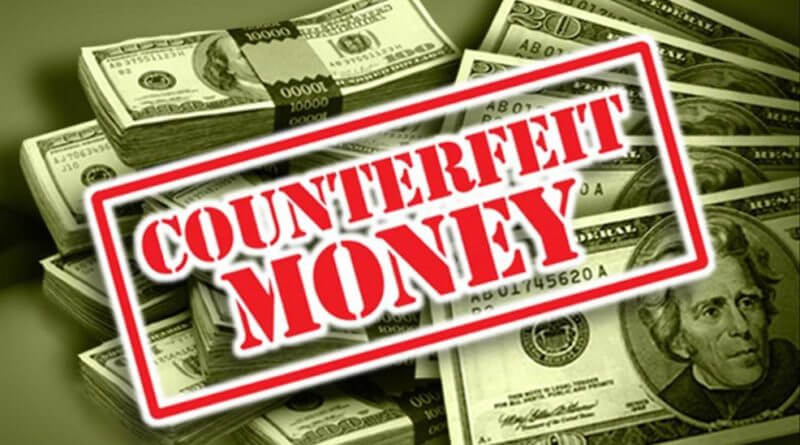 Police in North Mississippi discovered a large amount of counterfeit money as well as various forms of false identification and a felony amount of meth during a routing traffic stop late last week.

According to the Booneville (MS) PD:

On 12/21/2018 at approximately 9:00 PM, a Booneville patrol officer made a traffic stop on a vehicle on Third Street near Adams Street for a misdemeanor traffic offense. Investigation during the stop identified the driver of the vehicle as Kevin Daniel Fugitt, 41 of Booneville. His two passengers were identified as Timothy Scott Mackin, 39 of Corinth, and Michael Ray Carroll, 50 of Booneville. Officers discovered Mr. Mackin to be in possession of various proofs of identifications belonging to other individuals and counterfeit U.S. currency. He was also found to be in possession of counterfeit U.S. currency, printing equipment including payroll or business type check printing paper, and numerous counterfeit payroll or business type checks from fraudulent accounts. Mr. Carroll was found to possess over $9,000.00 in counterfeit U.S. currency. Additionally, personal checks were also discovered in the vehicle from fraudulently obtained accounts. All three suspects were taken into custody. Once in the correctional facility, Mr. Carroll was also found to be in possession of a felony amount of methamphetamine. As of this release, their charges are as follows:

Michael Ray Carroll:
Possession of Methamphetamine in a Correctional Facility
Possession of Counterfeit Bank Notes with Intent to Utter
Bond – $25,000.00

Timothy Scott Mackin:
Possession of Counterfeit Instruments with Intent to Utter
(Multiple Counts)
Bond – $15,000.00
He also had an outstanding warrant with another agency.

This investigation is still ongoing at this time. More charges are possible. We ask the public to please contact our agency with any information you have in reference to this case or if you have received any counterfeit currency or checks to please report it to us at (662) 728-5611. Thank you.