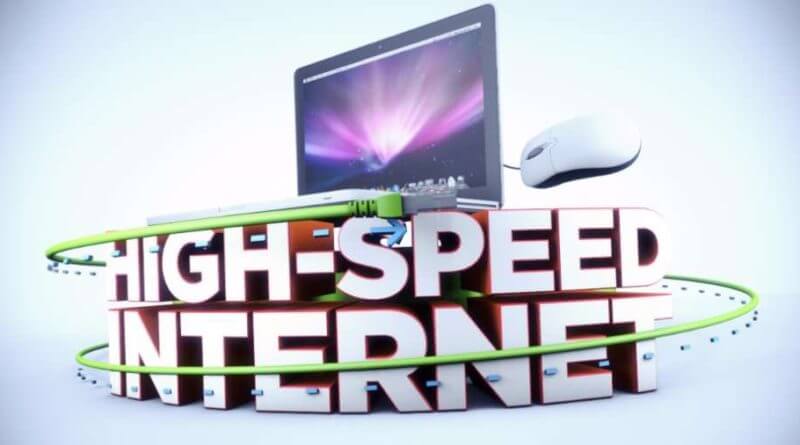 FIXING THE INTERNET GAP: I sent the following letter and email to every State Senator, State Representative, Speaker Gunn, Lt. Gov. Reeves and Gov. Bryant earlier this month. Fifteen miles from the state line, broadband internet service is being provided to some of the most rural areas of Alabama at lightning speeds and extremely affordable costs (check out freedomfiber.com) because Alabama law allows electric co-operatives to sell internet service to their members. The event next week will show us how, with a simple change in the law, we can do the same in Mississippi! I am so proud that we have 44 members of the Legislature signed up to attend and many more interested for the second workshop later this year. Please make sure your legislators knows how important this issue is to you! If Alabama can do it, Mississippi can too! #ruralbroadbandnow 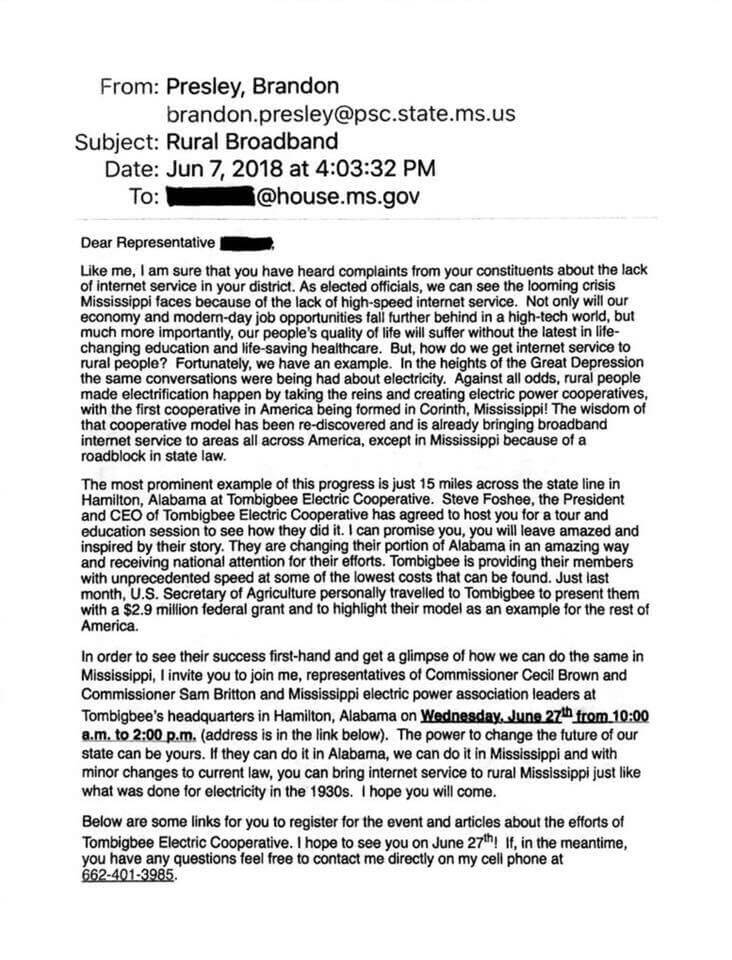 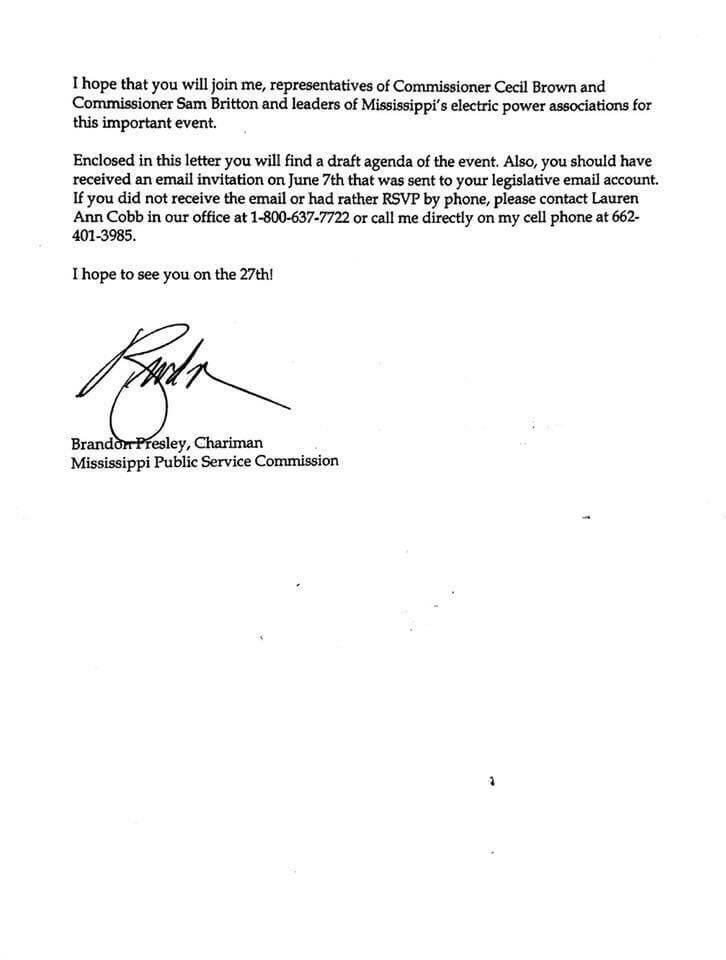 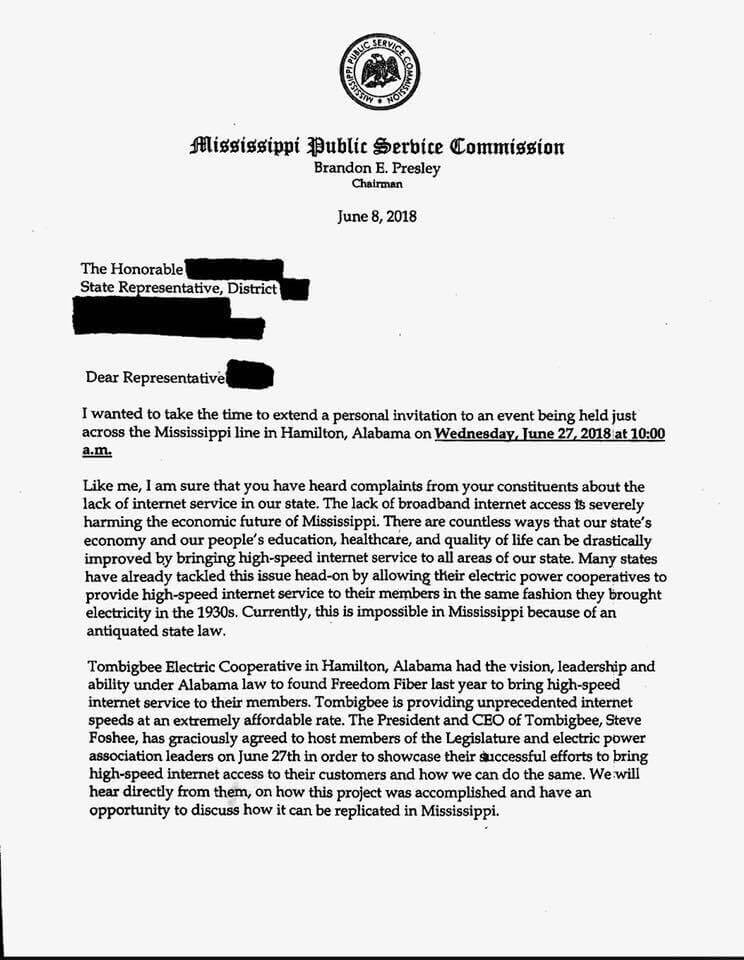