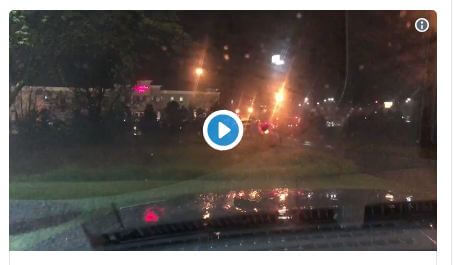 According to police reports and witnesses on the scene, the roof of the Hampton Inn in New Albany has partially collapsed due to a drain pipe on the roof becoming detached and the heavy rain pooling and collapsing the ceiling on one side of the building,

A torndao warning was issued for Union County around 1030 pm on Saturday and the damage occured during that time frame.

You can see video of police and other emergency personell at the Hampton Inn below.