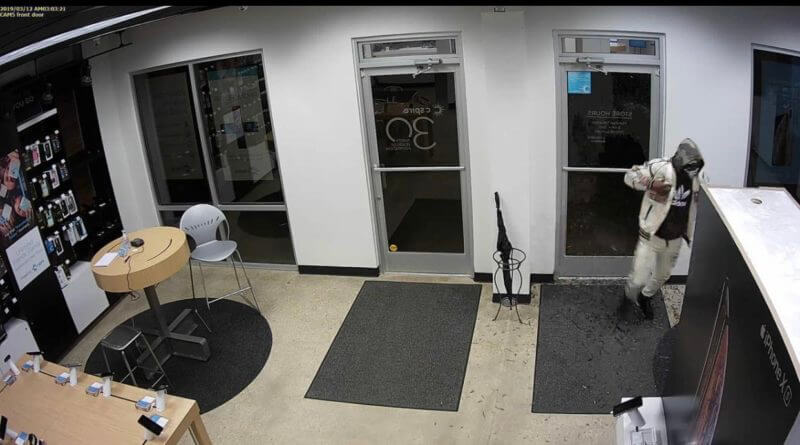 Three similar robberies in the last month have some authorities believing they could be connected.

After reports of a third Cspire store in northeast MS, including the Ripley and Albany Stores, crime stoppers issued this notice about the C spire in Tupelo being robbed:

Crime Stoppers of North East Mississippi and the Tupelo Police Department need your assistance in locating the person responsible for the Burglary of a Commercial Building that occurred on Tuesday, 3/12/19 at approximately 4 am.

Tupelo Police Officers responded to 3930 N. Gloster Street, CSPIRE, in regards to an alarm. Upon arrival, officers observed the front door had been broken using a large rock. Officers noticed that multiple devices appeared to be missing from the store’s displays. Various merchandise was confirmed to be stolen from the business. Anyone with information is asked to call Crime Stoppers at 1-800-773-TIPS (8477).

Posted by Crime Stoppers of Northeast Mississippi on Monday, March 18, 2019