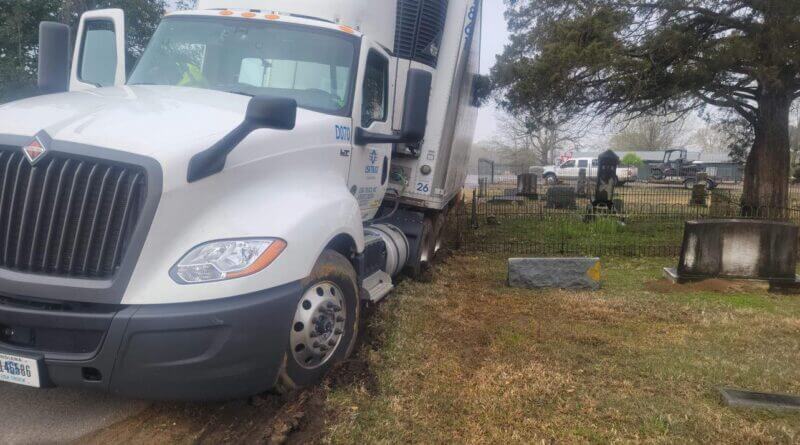 A truck driver making a food delivery got stuck on Wednesday morning after making a turn in to the City Cemetery in Ripley.

The driver became stuck when he was attempting to make a grocery delivery to Food Giant. His GPS system sent him through the cemetery, where he quickly became stuck.

According to cemetery caretaker Joseph Smithey, the driver became stuck around 4:30 a.m.

The driver was able to get the truck out around10:30 with the help of a wrecker and city workers.

See the video below:

According to Smithey, no graves or markers were damaged.