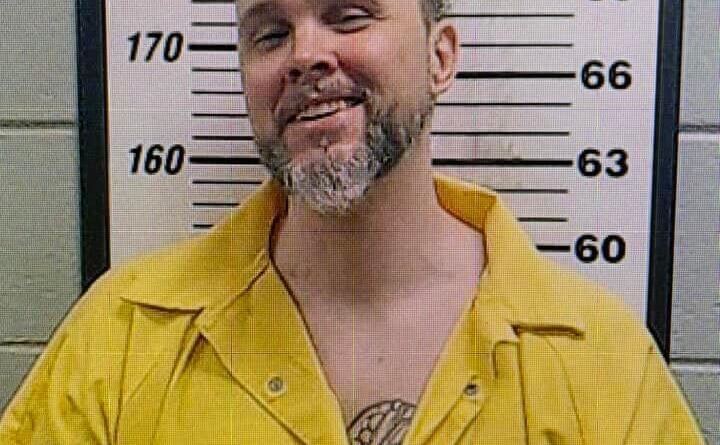 Press Release:
Over the weekend, Two Federal Inmates housed in the Monroe County Jail attempted to carry out a planned assault on our deputies and corrections officers.

Inmate Joshua Miller (the one who thinks he is cute) is serving a life sentence for murdering his girlfriend and other gang related charges has now been charged with 3 counts of felony assault on a deputy sheriff.

His accomplice Dillon Heffker, who is in our facility for Drugs and weapons charges, (also gang related) is also charged with one count of felony assault on a deputy sheriff.

The weapon (pictured below) was found earlier in the week after threats had been made to assault our “smallest female guard”.

On Sunday the inmates attempted to incite a riot within our facility while filming through a face time tablet call.

Patrol deputies were dispatched to the jail. When the first deputy entered the cell to gain control of the situation, inmate Miller failed to comply and was struck in the “body” with a less lethal round.

Inmate Miller then began screaming like a small child into the tablet he was continuing to hold, claiming to have been shot in the face. (Still pics of this were posted on a fb page alleging same)

When the deputy began to cuff the crying Inmate, he resisted and fought with the deputy, biting him multiple times.
Corrections officers were able to hold off the other inmate Heffker, who was attempting to assault the deputy with a TV.

Within minutes, two other deputies arrived and the two inmates were placed in restraints and removed from the cell. One other deputy was bitten in the arrest.

The Lt. Who was first on the scene was treated and released from the emergency room.

“We are blessed that no one was seriously injured in this incident, but this is exactly why we have to constantly train, use better tactics, and be physically fit to do this job.

By far the biggest challenge to being Sheriff is the operation of the jail.
We have gone to great lengths to provide a pathway for inmates to better themselves while here; however, the ones who have that mentality seem few and far between.

For those who don’t have that desire and especially those who want to constantly bully and threaten others, especially our staff, there will be no privileges whatsoever other than the bare minimum required by state law.”
M1