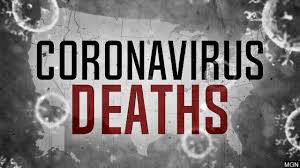 The data showing the pandemic’s disproportionate impact on black Mississippians mirrors findings in other locations reporting racial demographic data and the disparate effects on African Americans.

Though the most cases in the state are following population and clustered in Hinds and DeSoto counties as well as the Gulf Coast, rural areas are also impacted. Namely, the counties of Wilkinson (37 cases per 10,000 residents) and Bolivar, Tunica and Tippah (each with 17 cases per 10,000) have been hit hardest by the virus.

Three of those counties have no intensive care unit beds within the county — Bolivar has eight ICU beds. Tunica does not have a hospital at all.

Of the rural counties seeing most per capita cases, most are overwhelmingly black. Tunica and Wilkinson counties have black populations of over 70 percent; Bolivar County is 64 black.

In Mississippi, 16 percent of black adults have diabetes compared to 13.5 percent of white adults. African Americans in Mississippi also die from cardiovascular disease at a rate 20 percent more than white folks — 411 per 100,000 black people versus 341 per 100,000 white people, according to Centers for Disease Control and Prevention data compiled by United Health Foundation’s America’s Health Rankings.

Data also show that women are infected and hospitalized with coronavirus at a higher rate in Mississippi, according to information obtained from the state health department. Black women comprise the front lines of the state’s low-wage workforce, including filling most cashier jobs that are at higher risk for exposure than most.

Additionally, there are roughly 64,000 registered nurses, licensed nurses, medical assistants and home health aides across the state; among them, about 35 percent are black women.

Mississippi is also tied for the fourth highest uninsurance rate among African Americans, at 16 percent, which experts say can result in disproportionate health outcomes.

Mississippi has also declined to expand Medicaid under the Affordable Care Act. During his campaign, now-Gov. Tate Reeves ran on opposing what he calls “Obamacare expansion.”

In a recent interview with Mississippi Today, when asked about Medicaid expansion as a way to combat coronavirus, Reeves said:

“One of the challenges we have in Mississippi, and it’s one of the things that worries me, is we do have a lot of people in our state who are either obese or headed towards obesity, and that’s not a good condition to have if you were to contract the virus. That puts you in a higher risk category because you’re going to have similar challenges breathing, etcetera, if you get one of the horrible cases,” said Reeves, who stated that his position on Medicaid expansion remained unchanged.

“So we’ve got to make sure, and we’re working to do so, that we have access to care for every Mississippian that contracts the virus. We do need to prioritize. We don’t need everyone who’s sneezing to run and get a test.”

Tuesday, state epidemiologist Paul Byers announced that cases and deaths were starting to show a disproportionate impact on the black community, saying it was likely driven by underlying health conditions and “troubling, obviously.”

Other states have slowly begun to release race data so far, showing similar disproportionate impact on African Americans. Louisiana, Georgia, Michigan, Minnesota, Illinois and North Carolina have reported similar data, though experts say this data should have come sooner and broken down further.

Anna Wolfe contributed to this story.