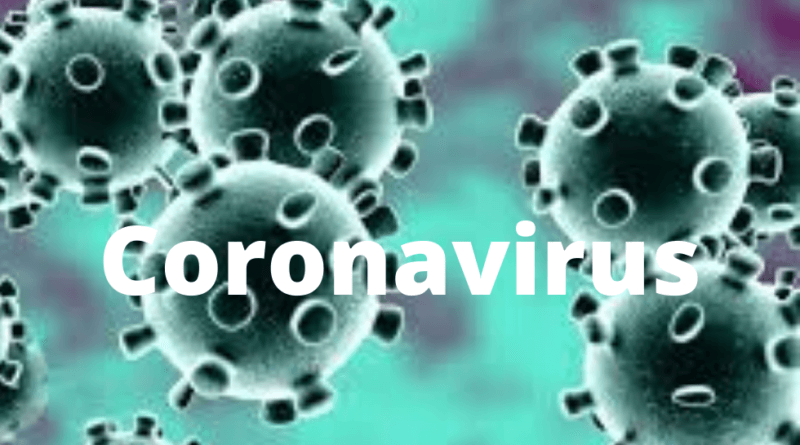 Amid news of event cancellations and postponements as well as swirling speculation about shutdowns of schools and governments, some of Mississippi’s largest private employers are also grappling with how to respond to COVID-19.

Nationwide, some businesses have already begun to implement changes as government contemplates what other protections need to be put in place.

Walmart, the world’s largest retailer and one of Mississippi’s largest employers, said over the weekend that 24-hour stores and other locations would cut back their hours. The temporary hours are 6 a.m. to 11 p.m. with other Walmart stores also reducing their hours.

Congress is also considering a relief bill to provide two weeks of paid sick leave and 12 weeks of limited paid family and medical leave. Specifically, if the Senate approves the measure and President Donald Trump signs it, the legislation allows for two weeks of paid sick leave at 100 percent of a worker’s regular salary, up to a $511 per day max. It would also provide up to 12 weeks of paid family and medical leave at two-thirds of the employee’s normal pay, or up to a $200 per day cap.

Our reporters asked representatives of these Mississippi companies and industries, which employ thousands of Mississippians statewide, how they’re responding to the situation and aiming to keep workers and the public safe.

Nissan, which employs some 5,000 Mississippians at its plant in Canton, has already downsized in response to declining sales in the last year. The company will continue operations this week, but asked that any employees able to work remotely do so. The plant would not say how many of its employees will be working from home and declined to provide information about its sick leave policy for those who do become ill. “We are closely monitoring the situation and will take prompt action as necessary,” the company said through a statement. The company is also deploying increased cleaning protocols, restricting visitor access and providing information about U.S. Centers for Disease Control and Prevention-recommended hygiene practices to its employees.

Continental Tire, which employs at least 250 people in Hinds County, is still operating but is doing the following: disinfecting common areas, utilizing stations with cleaning products and hand sanitizer, limiting visitors, sending employees who feel sick to the onsite nurse, holding meetings online when possible, imposing travel restrictions. “To our knowledge, there are no cases of COVID-19 at our plant. Production is still in progress and not impacted,” a statement from the plant reads. “It is a dynamic situation that we are monitoring.”

The Gaming Commission and Gov. Tate Reeves announced Monday afternoon that “Mississippi casinos will be closed until further notice at midnight tonight (March 16) as we all work to prevent the spread of Covid -19.”

Casinos in Tunica and Biloxi may see layoffs, according to news reports.

Representatives from casinos in Greenville, Tunica and Vicksburg could not be reached for comment Monday morning. Prior to the state’s announcement, a Sun Herald report detailed how some casinos are sanitizing their hotels to prevent the spread of COVID-19. Meanwhile, MGM Resorts International, which owns Gold Strike Casino Resort in Tunica and the Beau Rivage in Biloxi, said the company expected to begin furloughs and layoffs next week:

“All MGM properties have suspended operations at day clubs and nightclubs; starting Monday spas, salons and fitness centers will close; and 150 food and beverage outlets will close on a rolling basis,” the company said, according to the Sun Herald.

Furloughs and layoffs were expected to begin next week, the newspaper reported.

Said Katy Prosser, marketing director of Simmons Catfish Co. in Yazoo City: “Well you know, we’re still kind of assessing everything today. For most businesses, this is the big day in making changes, seeing what orders are coming in and what our customers are doing. Sanitation and worker safety are always a priority especially in our industry and we’re inspected by USDA every day so they make sure that that happens as well. As far as anyone’s concerns about catfish, it’s still as safe as it always is.”

Meanwhile, Jeremy Robbins, vice president of the national trade association Catfish Institute, told Mississippi Today: “There’s nothing to tell at this point. At this point, the catfish industry has not yet been impacted…They’re all family owned, so I’m sure they’re going to take care of their people as best as they can. As far as we have heard, nobody changed anything, They’re still processing, the USDA still inspecting. Life is moving on at this point.”

Tyson Foods, which operates plants in Mississippi, said in a public statement that the company is restricting travel, screening visitors at their facilities as well as telling sick employees to stay home and sending home employees exhibiting respiratory symptoms.

We also contacted Koch Foods and Peco Foods, both poultry plants; we will update this story with their responses when we receive them.

When we called the Mississippi Trucking Association, a representative who answered the phone told us: “We’re trucking. We are rolling. I hope you want us rolling because if we don’t roll, ain’t nobody (eating). We’re under a national emergency and we’re rolling to serve Americans.”

“As you can well imagine, with all the panic that’s going on as far as people stocking up on a lot on materials, we play a key role in restocking all the stores — whether that be coming from distribution centers or actual manufacturers themselves,” Miller said.

He added that truckers are working more than normal and that he advises truckers to be careful when interacting with the public.

“Generally speaking, truckers are somewhat isolated except when loading and unloading. At the end of the day, if trucks stop so does everything else. We’re the critical link in the supply chain…These guys are out there on the front line, supplying the needs of the nation,” Miller said.

At Ridgeland-based C Spire, the company is implementing changes to its wireless, home and business services as well as rescheduling sponsored events. For example, the company said it is working directly with customers impacted by COVID-19 to meet their daily needs while at its retail locations, they’re expanding curbside pickup and disinfecting stores daily. The company will also give discounts and priority to first responders.

In addition, the company is removing data caps and overage charges on home customers, making it easier to work from home. Meanwhile, C Spire will also provide a telehealth app and lowering the cost of the C Spire Health app to $29 for Mississippians.

The company also indefinitely postponed the C3 (C Spire Coding Challenge) for high school students from across the state originally scheduled for March 26 at The Westin in Jackson.

Jonathan Daniels, executive director of Mississippi State Port Authority, said the port — where the U.S. Coast Guard must check every vessel before it comes in — is at a “heightened sense of alert.”

“What’s changed for us: We’re in the process of working with the cruise industry. A significant portion of the industry has shut down. We serve as a backup port for a couple cruise lines, Carnival and Royal Caribbean.”

Cruise vessels carrying crew members and no passengers are allowed to use the port for at least 30 days. Crew members cannot come ashore, he said.

Other port tenants include Chiquita, Dole, Crowley & Island View Casino, each of whom has their own policies. Main trade lines to the port, the second largest importer of green fruit in the country, are Central and South America. Currently, there are no restrictions on these imports.

In a statement, Huntington Ingalls Industries, which operates a shipyard in Pascagoula, said the company is “having multiple meetings 24/7 with leadership and diligently monitoring the ever changing situation as well as following CDC’s guidelines.”

“This is rapidly evolving and some measures are division specific while others are universal,” the company said in a statement and encouraged members of the public to visit the company’s website for regular updates.

“Traffic and sales are being impacted drastically,” said Pat Fontaine, executive director of the 1,200-member Mississippi Hospitality and Restaurant Association.

Fontaine continued: “One of our more successful operators in Hattiesburg was commenting that at his lunch yesterday, he had 5 tables generating $700 in sales. This morning at his breakfast location, he had 2 customers. That’s the story statewide, and these are from our more successful operators so I can only venture to say that for our average independently owned restaurants, they’re experiencing much worse.”

At a Monday news conference, the state health officer, Dr. Thomas Dobbs, did not recommend the closures of bars and restaurants. Some cities and states have ordered restaurants close to the public with exception of carry-out and delivery orders.

Still, Fontaine added that some restaurateurs will have to send some employees home.

“It will just take time for the public fear to subside, and for them to feel comfortable coming out and dining again. Our major concern is the survival of these businesses. Hopefully there’s discussion of some kind of financial aid from the federal government in the form of (Small Business Administration) disaster assistance loans, hopefully some assistance for employees. A lot of states are making unemployment insurance available to those affected by the virus, waiving the waiting period and also waiving the increase in rates.

“Some will be able to withstand the loss in income, but unfortunately others will not.”