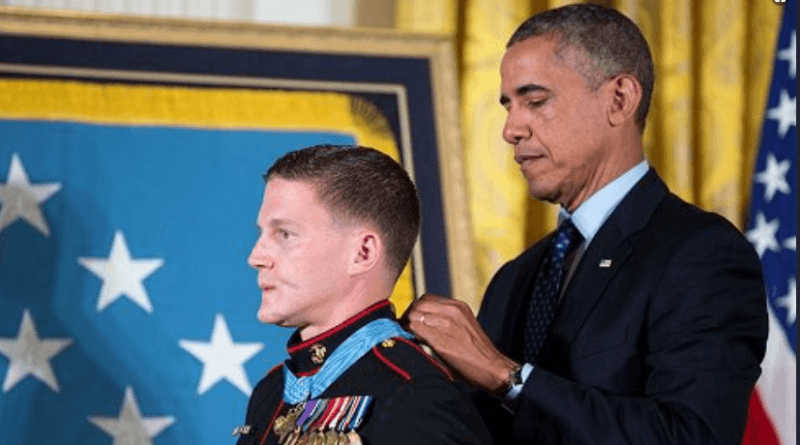 A Mississippi Congressional Medal of Honor recipient will be honored just before this years Super Bowl.

Kyle Carpenter, from Flowood, will be recognized just before the Nation Anthem tonight.

Carpenter is the youngest living recipient of the Medal of Honor and only the third Mississippian to be awarded the nations highest honor.

Carpenter, whose father’s family is from Iuka, was awarded the MOH in 2014.

Below is a description of the events leading to his being honored.

On 21 November 2010, Carpenter and another Marine were manning a rooftop security post during defense of the village of Marjah, Helmand Province from Taliban attack. According to his Medal of Honor citation,

The enemy initiated a daylight attack with hand grenades, one of which landed inside their sandbagged position. Without hesitation and with complete disregard for his own safety, Lance Corporal Carpenter moved toward the grenade in an attempt to shield his fellow Marine from the deadly blast. When the grenade detonated, his body absorbed the brunt of the blast, severely wounding him, but saving the life of his fellow Marine.

Carpenter’s jaw and right arm were shattered, and he lost his right eye and most of his teeth; he has undergone dozens of surgeries.

Kickoff for tonights Super Bowl is set for 5:30 central time.