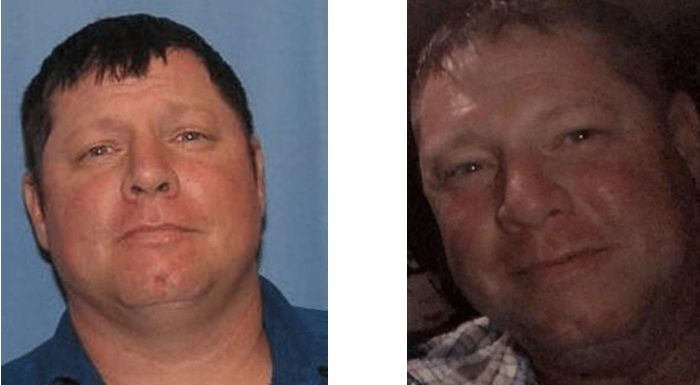 A Mississippi army veteran who was a recipient of the Purple Heart is on the Top 15 Most Wanted Fugitive list by the US Marshals after he was accused of raping and impregnatig his step daughter then faking his own death after being charged with the crime.

From the US Marshals:

Jacob Blair Scott, 43 years old from Jackson County, MS, is now a Marshals’ 15 Most Wanted fugitive, and authorities are asking the public for information that could lead to his arrest.

“Jacob Scott stands accused of unspeakable crimes against a child,” said U.S. Marshals Service Director Donald Washington. “The Marshals will leave no stone unturned until we bring him to justice.”

Scott faces a 14-count indictment charging him with sexual battery, touching a child for lustful purposes, and exploitation of a child. He was out on bond, but had failed to appear for a scheduled court hearing, when investigators found his abandoned dinghy off the coast of Orange Beach, Alabama, in July 2018. During their search of Scott’s vessel, authorities found a gun and a note, but little forensic evidence indicating a suicide.

A week-long search of the Gulf of Mexico was conducted for Scott’s body, but his remains were never found. Authorities later discovered Scott had withdrawn $45,000 from a bank account before his disappearance. The money was never recovered.

Scott is a 5-foot-10 white male weighing approximately 225 pounds with brown hair and blue eyes. He is a survivalist and a military veteran who received a Purple Heart in 2011 for injuries he sustained while deployed in Iraq. His military background and knowledge of the outdoors may enable him to live off the grid. His unique physical characteristics include tattoos of a machete knife, scorpion, and a compass with feathers. There have been reported possible sightings of Scott in Mississippi, Colorado, Nevada, and Louisiana.

U.S. Marshals offer a reward of up to $25,000 for information leading directly to his arrest. Anyone with information should notify the agency at the nearest U.S. Marshals office, the Communications Center at 1-877-WANTED-2, online via the web, or an app at www.usmarshals.gov/tips.