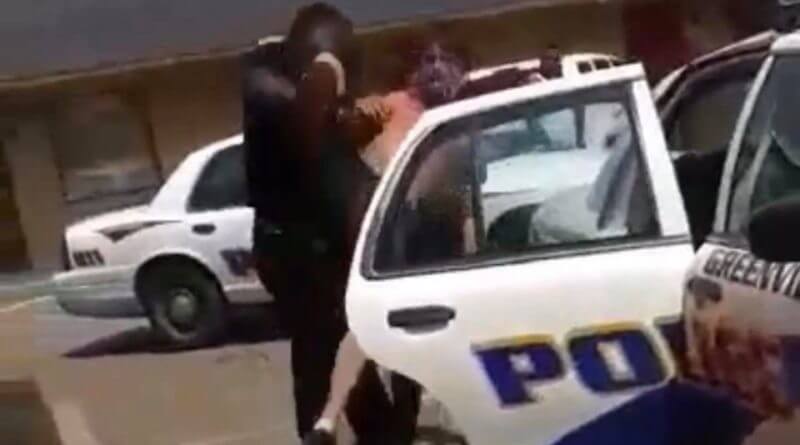 A Mississippi Police Officer has been fired after video of him body slamming and slapping a handcuffed suspect began circulating on social media recently.

At a press conference on Friday, Greenville Mayor Erick Simmons and Greenville Police Chief Delando Wilson made the announcement that the officer was being terminated.

The man that was slammed, identified as Richard Miller, was allegedly shot during a domestic disturbance call.

You can see the press conference below:

You can see the video of the officer attacking the handcuffed suspect at the link below: