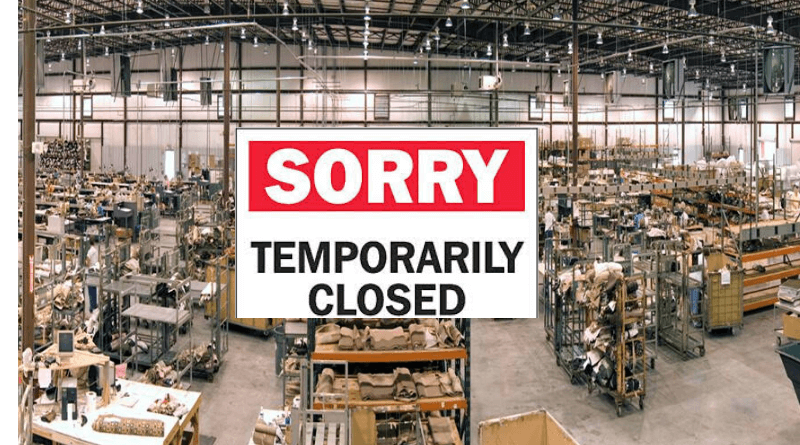 That number does not account for the many people who were unable to successfully apply because of glitches the employment website experienced. In addition, the flurry of job seekers also clogged call center phone lines.

The week between March 15 and March 21 marked a decade-high number of unemployment claims in Mississippi: 6,723, up from 1,147 the previous week.

Mississippi Department of Employment Security Director Jackie Turner called the occurrence unprecedented, but the number is not yet record-breaking for Mississippi.

In the first full week of January 2009, 9,420 people applied for unemployment, which was the highest number of claims following the start of the Great Recession. The state also recorded very high numbers of people seeking unemployment benefits in 2005 — as many as 21,000 in one week in September following Hurricane Katrina — and at various times in the 1990s.

Still, the department is ramping up to process many more claims in coming weeks from workers who were sent home — and those continuing to be laid off — as well as anyone who may have initially hit roadblocks trying to apply. The 586 percent increase in claims could signify just the beginning for a state that saw impacts from the coronavirus later than other states.

Nationally last week, a record 3.28 million people applied for unemployment benefits as the country grapples with the global pandemic.

The Mississippi Department of Employment Security, which administers unemployment benefits funded by employer taxes, has struggled to keep up with the increased workload, leaving some potential applicants to wait on hold over the phone for hours. A Mississippi Today reporter dialing the unemployment agency received a busy tone and message that the call did not go through. On Wednesday, the department announced a new email address — cv19@mdes.ms.gov — where applicants can go for help.

Turner also stressed that unemployment benefits begin at the time a person becomes eligible, usually when the separation occurs, not the date of the application, so any application delays will not result in any lost pay.

The Senate passed a massive $2 trillion federal economic recovery plan on Wednesday that, in addition to providing direct cash assistance to residents, increases weekly unemployment by $600 for four months, which would more than triple the benefit in Mississippi. Gig or contract workers, who typically cannot draw unemployment, would become eligible under the plan, according to a New York Times FAQ. The House must pass the bill.

Responding to a Tweet about the latest claims data Thursday, U.S. Sen. Roger Wicker wrote, “This is exactly why I voted last night to pass emergency coronavirus relief. The legislation will provide direct assistance to prevent layoffs and keep businesses from shutting down. For those who have already lost their job, we are significantly increasing unemployment checks.”

The Economic Policy Institute published Wednesday their estimate that Mississippi could lose 109,000 jobs as a result of the virus, with the nation losing 14 million. The state lost about 62,000 jobs during the Great Recession.

Turner said the proposed relief is needed to support workers through this precarious time.

“It will ease the minds of people when they’re worried about where their next meal is going to come from and how they’re going to pay their bills,” Turner said.

But Turner, head of the agency tasked with helping Mississippians get to work, said she is also concerned about how generous assistance, depending on how long it will ultimately last, will impact the state’s economy if people are satisfied drawing the benefits.

Turner’s comments echoed concerns from some Republican members of Congress who, just before passing the stimulus package, spoke out against the provision of the bill that increases unemployment benefits. “We cannot encourage people to make more money in unemployment than they do in employment,” said U.S. Sen. Tim Scott from South Carolina.

In Mississippi, the maximum weekly benefit could increase to $835, the equivalent of $20.88 an hour for a 40-hour work week. The median hourly wage in Mississippi is just under $15 an hour, according to the federal Bureau of Labor Statistics.

The state employment agency must update its systems to correspond with any changes on the state or federal levels, such as Gov. Tate Reeves’ waiving the work search requirement for people receiving unemployment. As recently as March 25, the system still instructed applicants approved for the benefit that they must meet the requirement, according to screenshots sources sent to Mississippi Today.

If the system identifies a problem with the claim, it sends a message to the applicant ordering them to contact the agency within three days, which has heightened anxiety around the jammed phone lines.

“We are working (on) that because we are in extraordinary times,” Turner said. “Rest assured we’re taking care of removing that message and going back and making sure all those people are not penalized for not responding within three days through this period.”