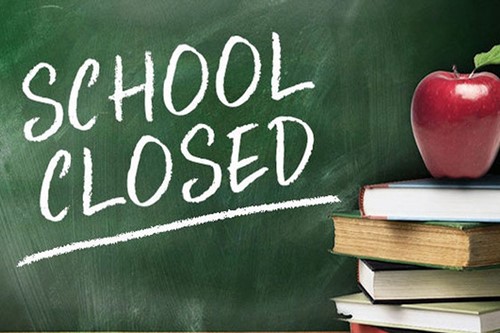 CLARKSDALE — As state officials try to slow the spread of COVID-19 throughout the state, Allasica Byrd works as a respiratory therapist on the front lines, putting in 16 hour shifts in hospitals across the Mississippi Delta. Day in and out, she’s risking her health to help ensure patients’ safety.

“Our lives are in danger everyday,” the Clarksdale native said. “I’m in and out (of her home) not knowing if I’m going to bring it home to my loved ones, so it’s a battle. It’s kind of like being in the army. We just go face first.”

She’s not just concerned about her own safety — the business owner and single mother of three is one of thousands of parents in the state with children at home for the foreseeable future, as all schools closed earlier this month to prevent the spread of the coronavirus.

Mississippi schools are closed until at least April 17. Earlier this month, Gov. Tate Reeves announced the closures as a measure of precaution to prevent the spread of coronavirus, which has currently killed 16 people in the state while the number of confirmed infections continues to grow. The Mississippi Department of Education, together with the state board of education, has cancelled standardized testing for the year and waived the requirement that school districts have school for the 180 days required by law.

While schools are now closed to the public, department officials have said learning must continue. This leaves Mississippi’s 140 school districts scrambling to put plans in place to implement distance learning or create take home packets for students. The department did release guidance for districts with resources educators can use during the pandemic, but cautioned “Taking a traditional school environment online is not a simple task – nor is it one that should be attempted without serious consideration of the practicality and risk.”

The closures present a unique set of challenges for rural schools, which serve 235,000 students in the state, according to national nonprofit Rural School and Community Trust. Online learning can be a challenge in some districts — statewide, almost one-fifth of Mississippi households do not have a computer and nearly one-third don’t have broadband, the federal standard for internet speeds, according to Census Bureau data.

“One thing to keep in mind is that teachers and staff in rural schools, especially in low resource areas, fight battles every day,” said Alan Richard, chair of the Rural School and Community Trust’s board. “So in one sense this isn’t new for them. It’s just another daunting challenge.”

Districts that serve populations who mostly don’t have internet or computer access are rising to this challenge; they must get creative to ensure students can still learn while schools are closed.

West Bolivar Consolidated School District, for example, has had Chromebooks on hand, but students were never allowed to take them home. The school board met on March 23 and passed a measure that allows students to check out Chromebooks now, said Jackie Lloyd, school board president.

As for the internet access, Lloyd said the school district is partnering with local churches who have WiFi and are willing to open their doors to children.

“We’re definitely making sure that our kids are not missing any instruction,” Lloyd said.

“We’re providing as much equitable access to our scholars as possible, so we’re allowing second and third-graders to check out those hotspots,” Johnson said at the virtual board meeting on Monday.

Schools all over the country are facing the same kinds of decisions, said Allen Pratt, executive director of the National Rural Education Association and a professor in the University of Tennessee Chattanooga’s School of Education. Districts are making choices about whether feeding will continue, and how to disseminate information to communities without internet access at home.

“It’s going to take some private sector help to take care of this,” Pratt said. “That’s where community help is going to be vital: our churches, faith-based organizations …have to help with this as well.”

Mississippi companies such as C Spire are working to provide free wireless data for students to access approved learning sites. Across the state, churches are working with districts to serve as locations where students can pick up free grab-and-go meals.

Learning aside, schools are also grappling with the decision of whether to keep their cafeterias open. This school year, 74 percent of public school students qualify for free or reduced lunch which means for thousands of students in Mississippi, school is where they can rely on two meals a day. More than 400 sites are continuing to offer free breakfast and lunch, meaning cafeteria employees are putting themselves at risk to ensure children don’t go hungry. Some districts are delivering meals via school buses; others have children come pick them up on-the-go from school parking lots.

One of the issues Lloyd, the school board president, foresees is parents not being familiar with how to navigate their child’s online learning platform.

As a result, “[Parents] are not going to be able to assist [their children],” Lloyd said. “The superintendent is working on a plan so if parents contact [the district] they can come in maybe three to five at a time and someone will be there to actually show them how to utilize their program so they can be able to help their kids at home.”

“You know how teachers say they meet you where they are? That’s the condition we’ll be in as educators, but as parents we have to make a conscious decision to encourage our students and to read something everyday,” she said.

Wells-Williams, a mother to four children, three of which are school-aged, knows she must do the same for her children. She is concerned about them meeting benchmarks and transitioning smoothly to the next grade.

“We got a kindergartner who’s going to first grade, a sixth-grader who’s supposed to go to a new school, then we have an 11th-grader who’s going into his senior year. How are these changes going to affect them in these transitional grades?” Wells-Williams said. “The biggest thing for me is how is the State (Department of Education) going to justify these days that we’re missing as far as progressing these children toward those benchmarks?”

Mississippi Department of Education officials have already said they will not explicitly require school districts to use virtual learning because of the challenges it presents with access to content and technology and equity for the needs of all students, among other problems.

“Having spent some time in the past working on broadband policy in the state of Mississippi, I think, it’s pretty obvious to most folks we have a disparity when it comes to the availability of broadband, particularly in our rural districts,” said Jason Dean, board chair of the state board of education. Dean is also the vice president of development at an aerospace company based in Madison.

On March 26, the state board of education met to suspend multiple policies that are affected by school closures. Although state testing has been cancelled and no students will be required to take end-of-year assessments, high school seniors will graduate this year so long as they meet state and district requirements and earn at least 24 Carnegie units, which are used to equate hours of class or contact time with an instructor over the course of a year at a high school level.

It’s now up to school districts to determine how to award credits for courses in the current school year, and the state board gave local school boards the authority to change their graduation policies so long as they still comply with state standards.

“I do understand them having to close the schools, but I am saddened for the children to have to endure this,” Byrd, the respiratory therapist, said. “They’re going to miss their peers. They’re going to miss … just the overall experience of finishing high school, proms …. But we’re doing the best we can in health care to get it underway and to protect everybody and keep everybody safe. We will overcome this. This too shall pass.”[Click here to enter Mississippi Today’s COVID-19 Resource Portal.]