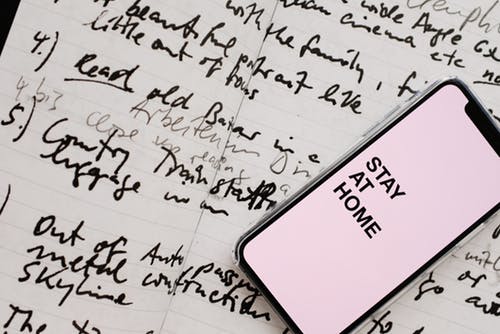 CLEVELAND – Small business owners did not see the COVID-19 fallout coming. It wasn’t like a hurricane, where there’s time to board up the windows and evacuate. Coronavirus crept into communities, grounding business to a screeching halt.

“All of a sudden, it’s just like the bottom fell out. It wasn’t a slow thing. It happened in just a couple of days,” said Matty Bengloff, manager at Delta Meat Market.

Gov. Tate Reeves issued a shelter-in-place order to go into effect April 3, which meant that restaurants could no longer serve dine-in meals. The Meat Market had transitioned into only offering to-go meals and curbside pickup weeks before the order was announced.

As those changes were being made, Delta Meat Market laid off almost their entire staff –around 50 employees – and is now doing approximately one-twentieth of the business, owner and operator Cole Ellis said.

The Delta Meat Market, an eatery mainstay and community anchor in Cleveland, Mississippi, opened as a butcher shop in 2013. It grew into a restaurant, mostly serving lunch but on Friday evenings turning into a bar with a thriving happy hour. Then, in July 2019 it moved into a new location connected with the Marriott owned Cotton House Hotel, which included a rooftop bar and restaurant upstairs and a separate restaurant downstairs serving three meals a day (except dinner on Sundays).

“We felt like we were finally kind of hitting our stride after opening the new operations,” Bengloff said.

They’ve since transitioned back into a butcher shop and small grocery as well as offering meals to go.

“But it’s not really sustainable without the restaurant piece. That’s compounded by the fact that a small but still significant percent of our business was that the hotel had a lot of guests who would come to eat with us for certain meals. Now the hotel has very few if any guests,” Bengloff said.

Aside from that, the Meat Market had events and weddings lined up to cater, which have now all been canceled.

“Basically like all of the incoming cash is turned off but we still have these bills we are paying from two weeks prior,” Bengloff said. “You can’t just cut off your ordering and be OK.”

Of course, the Meat Market is not alone in what most businesses across the country are suffering right now. But in a small town populated with small businesses, it feels different. It’s more personal. The social landscape of an urban area likely will not radically change if one bar or restaurant shutters. If somewhere like Cleveland (the most populated town in Bolivar county with around 11,000 residents) loses just one of the restaurants that are at the core of community gathering here – the town will feel fundamentally different.

“The scary part is yeah, it’ll end, but it just doesn’t end. It’s still going to be in your mind. To me, I think, ‘Well, will people want to go to trivia? Or are they out of the routine of going out into social environments?’ That’s another unknown. We could get out of it in June, but when do the people start coming back? Or do they come back?,” said Justin Huerta, owner and operator of burger restaurant Hey Joe’s and Mexican restaurant Mosquito Burrito.

Hey Joe’s hosts weekly trivia on Wednesday nights, brings in live music most weekends and puts on festivals in Cleveland throughout the year. Huerta says the two restaurants have lost 80 to 90 percent of their business since the coronavirus crisis erupted.

“The big chains are scrambling so you can only imagine the mom and pops that don’t have a social media presence, that don’t have an advertising campaign or marketing people or anybody. If it’s just you and your wife doing that stuff, that’s hard,” Huerta said.

Again, the financial fallout of COVID-19 means something different for small town economies. With fewer employment opportunities, there are fewer places to look for work whenever a round of layoff or furloughs comes.

“A lot of small towns have gone under if they have a factory that closed and a lot of people were laid off. That would be a normal thing for a rural area depending on maybe a single source employer that closed,” said Judson Thigpen, Executive Director of the Cleveland-Bolivar County Chamber of Commerce. “So if you put that in perspective of what we’re going through now, we’ve got a large number of employers that are closing, albeit hopefully temporarily, but they’re closing.”

Meanwhile, there’s a strong sense of trepidation around the CARES Act – the stimulus legislation meant to provide financial help for businesses during the coronavirus outbreak.

In order for Delta Meat Market to qualify for the loan forgiveness that the CARES Act provides, they would have to hire their staff back by June 30.

“If we hire back our entire staff we don’t have anything for them to do because there’s no demand for food. We don’t want them coming in every day because again we want to practice social distancing, being good stewards,” Bengloff said. “And there’s just so much uncertainty so you’re so scared to take out these loans or apply for these grants because if you don’t meet these terms at the end you could be on the hook for all of this money.”

Other business owners in town did apply for the forgivable loan, but said they encountered challenges because the application changed multiple times.

“I was redoing the paperwork at 5 in the morning because it was due last Friday, and they changed the form overnight after everything was complete,” said Haley Kelly, owner of the women’s clothing store H Squared.

Like many other business owners, Kelly has had to swiftly reorganize the entire way her business operates. With Easter, graduation, proms and formals in the Spring, this is usually the time when Kelly’s business is booming. Since retail is not considered essential, she’s closed the doors to her brick and mortar store and moved everything online.

“We’ve been doing pretty good with our online orders. All of my friends have been ordering clothes online like crazy which is so sweet and so nice. But now this week has kind of been brutal … our sales are horrible for April. I would say we’re 90 percent down,” Kelly said.

As dire as everything is, the community is coming together to do what it can. One community member sends regular checks to Delta Meat Market for recently laid-off employees who are supporting their families. The Meat Market also gives all of the tip money they make to those laid-off workers.

There is a palpable, concerted effort on behalf of the community to support local businesses. That’s reciprocated by the restaurants who are trying to provide affordable food in a safe way back to the community.

“There’s hope, and we’ll get through this I know,” Huerta said. “The world will move on, but right now there’s just so much unknown.”