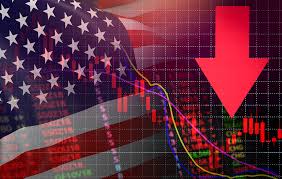 While the stock market recently has had a rebound, thanks at least in part to the federal stimulus package, its roller-coaster ride during the economic upheaval caused by COVID- 19 still has left it significantly lower.

The whims of the stock market are especially important for the Public Employees Retirement System since investment earnings account for the bulk of the massive pension program’s revenue – 55 percent over the past 30-year period. Sowhen the stock market takes a dive, it can have an impact on the state pension plan  that provides retirement benefits for state employees, teachers, university and community college staff and local governmental workers.

Ray Higgins, the executive director of PERS, said he and his staff are eyeing the stock market intently.

“Much like similar retirement systems, pension funds, and other investors throughout the country, PERS has certainly felt the impact of recent events,” Higgins said. “We are monitoring this situation closely, however, we are long-term investors focused on the future. Through this event and as always, we will manage our portfolio consistent with our strategic asset allocation. In addition to investments, we’re focused on the other critical and time-sensitive work of the PERS system.”

It should be pointed out PERS is not going broke any time soon – not a chance. The system has assets of about $28 billion. If any problem arises, it most likely would be years – decades – down the road, but it would be an expensive problem for the state.

The stock market turmoil comes during a time when the governing board of PERS has been working to lessen PERS’ unfunded liability with the goal of reaching near full funding over a 30-year period or so. Remember, pension plans are long-term propositions.

In 2018, the board took the step of increasing the contributions from employers, such as state agencies and local governments from 15.75 percent of payroll for each employee to 17.4. That small increase cost state and local governments, including education entities, an additional $100 million annually.

Employees in the system pay 9 percent of their salary toward their retirement. It was increased from 7.25 percent in the late 2000s. The average yearly benefit from the plan is about $24,400.

Despite the increases in contribution rates and what has essentially been a booming stock market until recently, the full funding level generally has decreased – from 74 percent in 2007 (before the so-called Great Recession) to 61 percent now. It has hovered around 61 percent in recent years.

Part of the problem is that an aging work force equates to a larger number of retirees. In addition, in the late 1990s when the plan was particularly well funded legislators increased benefits for public employees.

Efforts to reduce Social Security benefits often have been described as the third rail of politics on the federal level – a metaphor referring to touching the third rail on some electric train systems resulting in electrocution.

On the state level, efforts to reduce benefits in the Public Employees Retirement System have been viewed at that third rail. Politicians tackle the issue at their peril.

In the 2000s, then-Gov. Haley Barbour, a Republican, created a commission to look at PERS. Barbour, then popular and in his last term, believed he could touch that third rail.

Those recommendations did not get any serious consideration from the Legislature. A matter of fact, in 2011, Republicans legislative candidates, not wanting to be tarred by Barbour’s commission, signed a pledge that they would take no action to reduce PERS benefits.

After all, people impacted by PERS constitute a large voting block – about 12.5 percent of the state’s work force.

There are about 330,000 people in the PERS system, including current employees, retirees and other employees who used to work in the public sector but no longer do.

There is a belief by some that the governing board has put in polices and changes to ensure the long-term viability of PERS.

But drops in the stock market such as have occurred in recent days have to make people who govern the system and others who follow the system swallow hard.

After all, politicians do not want to be forced by economic circumstances to touch that third rail.