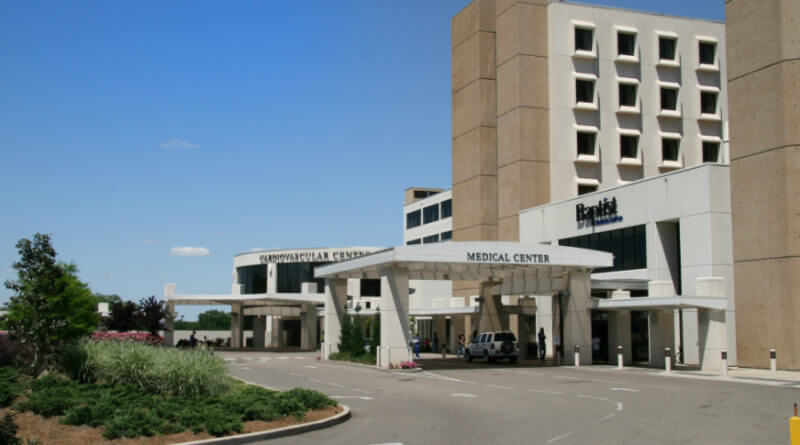 Two Mississippi doctors fired after speaking out about coronavirus safety

An Oxford doctor is one of at least two Mississippi physicians claiming they were terminated for speaking out about their employers’ safety measures during the coronavirus pandemic.

Dr. Samantha Houston says she lost her job of four years at Baptist Memorial Hospital-North in late March for “disruptive” behavior. In the weeks prior, Houston, a hospitalist, used Facebook to organize a local donation drive for masks and baby monitors so that hospital staff could cut down on face-to-face interactions with patients.

Houston, 34, also says she sent several emails to colleagues raising concerns about the availability of personal protective equipment, or PPE, for some workers.

“Every idea I had was just shut down and dismissed, and I just got very frustrated,” Houston told Mississippi Today. “I just feel like they were not advocating for our safety, and that was what was so frustrating for me. And it really wasn’t even my safety. I felt safe enough because I had an N95 mask and I was able to get in there, but I felt like the nurses were not as safe.”

Ayoka Pond, a spokeswoman for Baptist Memorial Hospital-North, said Houston is not a hospital employee and could not comment on the doctor’s employment without a signed consent form. Messages to Houston’s employer, SCP Health, a Lafayette, La.-based staffing firm, were not immediately returned this weekend.

However, Pond said the hospital is following — and in some cases exceeding — guidelines of the U.S. Centers for Disease Control and Prevention to protect the health and safety of doctors and other employees.

“We’re providing CDC-recommended PPE to our physicians and employees for their protection. We’re even giving masks to possible COVID-19 patients and asking them to wear them whenever a health care provider enters their room,” Pond said.

In addition, she said, the hospital is building up its telemedicine program by adding technology that allows patients to talk to doctors and family members via video.

“All of us — hospitals, physicians, employees and community leaders — need to work together to provide the best care and support for our patients and community. It is not helpful to stoke fear and anxiety, even if the intent is sincere,” Pond said.

Dr. Jennifer Bryan, who chairs the Mississippi State Medical Association board of trustees, told Mississippi Today that she knows of at least one other doctor in the state who was also fired for advocating for stronger safety measures. Bryan declined to identify the other doctor or discuss specifics of either case, but said it is critical to have open lines of communication so that doctors feel comfortable speaking up about safety issues.

“The doctors are speaking up because they perceive that there is increased risk to patients. They are very concerned about the possibility of doing harm,” Bryan said.

The medical association, she added, “absolutely endorses clear, open and free communication. It’s an essential ingredient to helping us get through this pandemic with the least amount of loss of life and keeping the maximum number of healthcare workers in our work force to be able to save lives and flatten the curve.”

Another doctor at Baptist Memorial Hospital-North who worked with Dr. Houston shared her concerns about the availability of personal protective equipment at the hospital.

“I believe that the hospital’s public message is very different than the message that the staff are receiving in our daily updates. It seems that in the press conferences and in the news, the hospital is stating that we are ready for this and we have all of the personal protective equipment that we need,” said the doctor, who asked that their name not be printed out of fear of retaliation.

But internal documents underscore both doctors’ concerns about the hospital’s supplies of  protective equipment. An April 1 email from a top official at the hospital, which Mississippi Today obtained, advised staff to conserve PPE and warned that hospital gowns were a “critical issue.” The email also stated that the hospital was “working on (a) reuse policy for N-95 masks” and had a “limited amount of faceshields,” which were being printed with a 3D printer.

Although N95 masks are designed to be discarded after each use, hospitals and the CDC are shifting guidelines due to national shortages. Frontline healthcare workers are now reporting multiple mask reuses. The CDC has updated its guidelines saying reuse is acceptable, but that it’s not clear how many reuses are safe.

Pond, the hospital spokeswoman, said: “We continue to get regular shipments of masks, gloves and gowns. In fact, Baptist North Mississippi received additional supplies this week.”

“We are fortunate to have a dedicated team of health care providers who have continued to provide expert care in the face of this unprecedented crisis,” she said. “Our team is strong and united, which is so important during this time when our communities are looking to us to help get them through this crisis.”

The Mississippi cases echo similar instances around the nation in which medical professionals have been punished for speaking up about the lack of safety equipment to protect against the spread of coronavirus.

Doctors in Texas and Washington State were suspended without pay or fired for voicing concerns about safety, specifically wearing masks, at their respective hospitals, according to the New York Times.

Highlighting the importance of such equipment for medical workers and first responders, federal health officials recently started shifting their thinking on citizens’ use of PPE in public. The CDC recently recommended that people wear something to cover their mouth and nose when they are in public.

Meanwhile, the pandemic worsens daily in Mississippi and around the world. As of Sunday, Mississippi had 1,638 cases, 475 of which have been hospitalized; 43 people have died. The deaths have mostly been in rural counties across the state, three of which lack hospitals.

Health officials warn that the pandemic will get worse before it gets better because of increased testing, even with new shelter-in-place orders.

As of this weekend, Mississippi has identified 49 cases for every 100,000 residents, the 21st highest cases per-capita rate in the country. Gov. Tate Reeves said the rate can partially be explained by Mississippi’s rate of testing, more than 16,000 between state and private labs.

At the same time, Mississippi continues to have the highest hospitalization rate in the country, at about 30 percent of all cases, according to data aggregated by The COVID Tracking Project.

Across the state and nation, hospitals are reckoning with protective equipment shortages. The University of Mississippi Medical Center, the state’s largest hospital, recently announced they are accepting homemade mask donations to preserve PPE for treating COVID-19 patients.

Greg Michel, director of the state emergency management agency, said the state this week received more than 100,000 masks and other supplies for health care workers; facilities actively treating COVID-19 patients will have priority in receiving the masks, Michel said.

“The national stockpile was not designed to handle a global pandemic,” Michel said. “The delay came about in identifying critical sources and getting the supply chain started.”

Bryan, of the state medical association, said she received a call this week from Dr. Patrice Harris, the president of the American Medical Association, to discuss issues in Mississippi. On April 1, Harris appeared on MSNBC’s Morning Joe and said:

“For weeks, we’ve all heard the stories that (doctors) don’t have the PPE, that personal protective equipment, that they need. …Actually I just spoke with a colleague last night (about) physicians being fired for wearing masks in the hallway or even using their own equipment. That is unconscionable and the AMA has clearly stated that physicians should not be disciplined for either speaking to the media or wearing their own equipment.”

Added Bryan: “Information is critical early on. How many masks do we have? How many do we need? Who has some PPE at the house? … Those kinds of plans are important because every piece of PPE that we can get keeps a doctor out of quarantine or a nurse out of quarantine or off a ventilator — or even worse.”