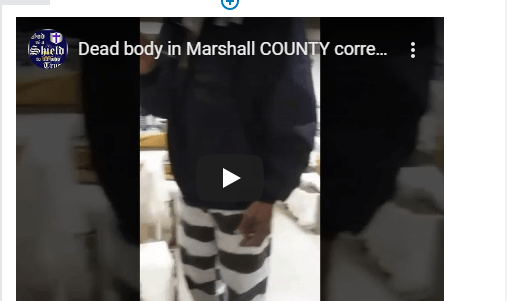 An inmate has died at a North MS jail and was there for hours before anyone came to check on him, according to inmates who filmed the incident and confirmed by the coroner.

According to Marshall County officlas, a call was made late Saturday where an inmate was pronounced dead.

The incident took place at the the Marshall County Correctional Facility.

This would mark the 10th death in MDOC custody this month.

Inmates posted a video of the lifeless body, which can be viewed at the link below.

According to the Clarion Ledger: “the man had been dead for four to six hours, possibly longer. The inmate was 38 years old and from Rankin County, the coroner said. His name is being withheld pending notification of his next of kin.”

See the video the inamtes posted below: