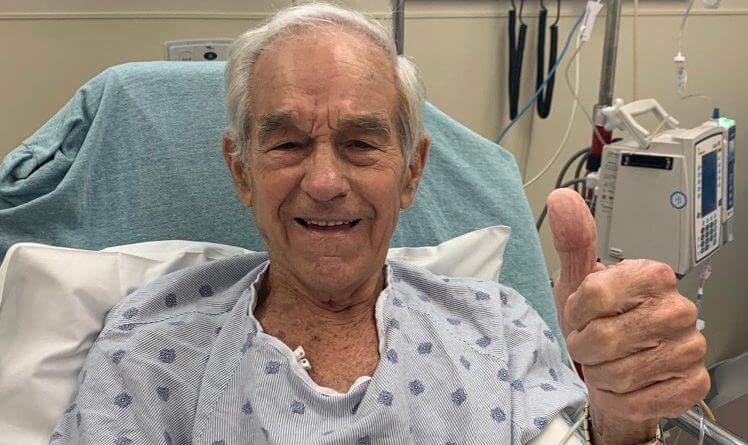 Former congressman of Texas Ron Paul is now recovering in a hospital after suffering from a “medical emergency” during an appearance on the Liberty Report.

Paul was speaking on federal stimulus when it appeared that he was having trouble communicating and getting out words.

His camp has released a statement that Paul was hospitalized for “precautionary reasons.”

Just a few hours ago, Paul’s Twitter account released a picture of Paul from the hospital, issuing a thumbs up. The tweet was encompassed with a statement.

“Message from Ron Paul: “I am doing fine. Thank you for your concern.””