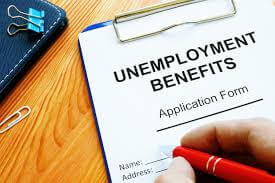 Last week, the number of Americans applying for unemployment dropped below one million for the first time in five months. However, layoffs are still extraordinarily high.

Numbers show that the pandemic continues to put people out of work, right at the time when the extra $600 a week in unemployment pay is coming to an end.

COVID-19 has claimed more than 166,000 lives in the U.S. and has infected at least 5.2 million. These far exceed the highest totals of any other totals in the world. Average numbers of new cases per day is on the rise in eight states. Deaths per day are increasing in twenty-six states.

Shutdowns put in place to fight the spread of the virus has forced many companies to cut staff in order to keep their business afloat. Over the past couple of months, many states have stopped or reversed their business re-openings due to drastic increases in cases.

Last week, President Donald Trump issued and executive order that provides $300 a week to replaced the expires $600. According to experts though, it could take weeks for states to reprogram their computers to process and dispense payments.