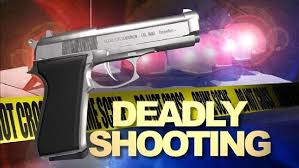 Shots rang out at Tippah Lake Deli late Thursday night, leaving one person dead at the scene and one transported to the hospital.

According to officers with the Tippah County Sherrifs department, one person is in custody.

The condition of the person transferred to the hospital is unknown at this time, but they left the scene in what is described as critical condition.

Tippahnews.com has reached out to the Tippah County Coroners Office but as of publication they have not released any details.