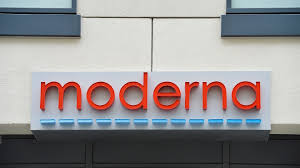 In an effort to have a COVID-19 vaccine ready by the end of the year, the Trump Administration has entered a $1.5 billion deal with Moderna, a U.S. drug company.

The Department of Health and Human Services is paying Moderna to produce and deliver 100 million doses of its potential vaccine. Trump made this announcement on Tuesday during a media briefing.

This government investment ensures that these doses will be available at no cost to Americans, however, providers can still charge a fee to administer the vaccinations. The government can also acquire up to an additional 400 million doses of the vaccine.

The vaccine is still in clinical trials and has not yet been approved by the Food and Drug Administration. However, it is already being manufactured, so if it is approved, it can be distributed quickly.The government has put together similar deals with several other pharmaceutical companies making other vaccine candidates.

U.S. Health Secretary Alex Azar says four of the six companies under contract have reported testing results showing they produce more antibodies for the virus than people who have survived COVID-19, without severe side effects.